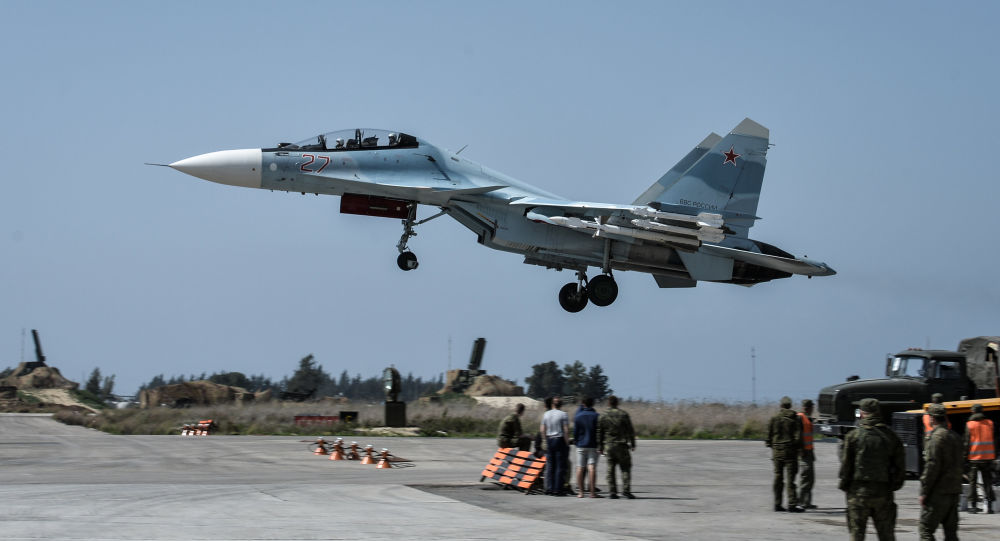 The success of Russia's fleet of warplanes in Syria has added to an increase in demand among foreign customers for advanced Russian combat aircraft such as the Su-30SM, Su-34 and Su-35, according to Russian United Aircraft Corporation President Yury Slyusar.

According to RIA Novosti political analyst Alexander Khrolenko, many countries have already expressed a readiness to purchase examples from the Sukhoi family of combat aircraft after their engagement in the anti-terrorist operation in Syria proved successful.

"Military and technical cooperation between Russia and India has become a model for many countries in the world. The potential buyers of the Sukhoi warplanes also include Algeria, China, Venezuela, Vietnam and Indonesia. Vietnam, in particular, plans to expand its fleet of combat aircraft by buying Su-30MK2 fighters," Khrolenko said.

As far as India is concerned, it buys Russian-made weapons and military equipment annually, spending about five billion dollars.

Moscow is also successfully developing a military and technical cooperation with China, which will become the first country after Russia to get 24 new super-maneuverable Su-35S fighter jets.

"These Sukhoi aircraft have an increased fuel reserve, a range of more than 1,500 km, and will effectively complement the capabilities of the Chinese Navy in the South China Sea," Khrolenko said.

Last month, military expert Boris Rozhin told Sputnik that Russia's Su-34 fighter-bombers, which proved highly effective in the fight against terrorists in Syria, will be upgraded with new avionics.

Earlier, Russian Deputy Defense Minister Yury Borisov said that Russia's Aerospace Forces will get 16 new Su-34 fighter bombers before the end of 2017, while the modernization of the aircraft will start in 2018. He also mentioned the great deal of foreign interest in buying the Su-34s.

Commissioned in 2014, the Sukhoi Su-34 has already proven itself as a capable strike fighter capable of destroying ground, sea and airborne targets around the clock and in any weather.

Khrolenko, for his part, touted the performance characteristics  of the Su-30SM, a  4++ generation two-seat fighter jet capable of carrying advanced high-precision air-to-air as well as air-to-surface weapons.

"The super-maneuverable plane features a radar with a phased array antenna, controlled thrust vector engines and horizontal canard," he said.

© CC BY-SA 2.0 / Dmitry Terekhov / IMG_8624
Hardly a Surprise! UAE Interested in Russian Su-35 Supermaneuverable Fighters
As for the Su-35 fighter, it is a heavily upgraded version of the Sukhoi Su-27, which is referred to as a 4++ generation aircraft which makes use of fifth generation technology. The warplanes completed their first combat missions in Syria in 2016.

Notably, Khrolkenko concluded, the Sukhoi warplanes were even cited by the US magazine National Interest, which included the Su-27 and the Su-35 in its list of "Russia's 5 Most Dangerous Warplanes."