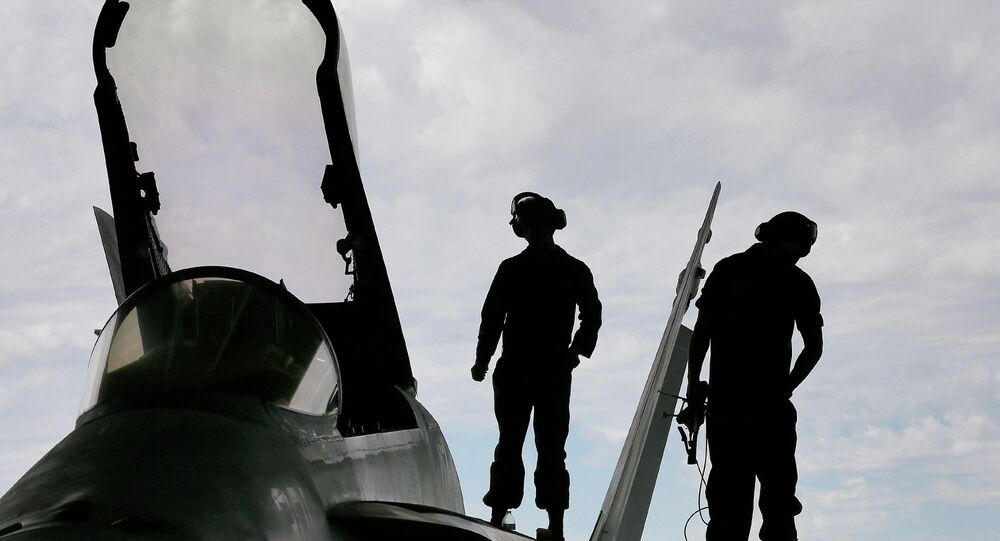 Following an inquiry by the Naval Criminal Investigative Service into a members-only Facebook page containing links to thousands of illicit photographs of naked service members, two Marines have received punishment, while the investigation continues.

According to reports, two Marines with the 2nd Battalion, stationed at Camp Pendleton in California, received a demotion in the form of less pay, and were given 45 days of punitive duty, under the acts of the Uniform Code of Military Justice.

Over the past several months, prior to when the news broke, some 30,000 Marines were participants in a members-only Facebook page that, among other infractions, provided a link to a server containing thousands of compromising images of mostly female service members, primarily posted without their knowledge or consent, and often including their names, rank and current location.

The images were accompanied by commentary from the participants, running the gamut from appreciative to threatening. Following the revelations, military brass instigated an internal investigation covering not only the specific incident, but also how women are treated within the US forces.

General Glenn Walters, the assistant commandant of the Marine Corps, speaking on Friday to reporters from the Pentagon, said, "The issue began very similar to others we've discussed, akin to making comments online about [a] woman or women," as reported by Military.com.

"In the comments that transpired underneath it, they made comments about a variety of subjects, which opened them up to the Uniform Code of Military Justice," the general added.

Some 27 people were identified as engaging in online activities that bordered on illegal, which could result in prosecution, according to the Naval Criminal Investigative Service (NCIS). An additional 29 were singled out for offenses that are considered more minor under the Uniform Code of Military Justice (UCMJ).

When the story originally broke, NCIS representatives stated that all 30,000-odd participants were potentially at risk for punishment at several levels of severity.

"The majority of the allegations that we've uncovered do not," said NCIS Director Andrew Traver, "rise to the level of felony criminal activity in accordance with state or federal statutes."

The shockwaves sent throughout the US military by the incident demonstrate the difficulty of addressing sexist and misogynistic behavior at all levels of the force.

Walters affirmed that the Marine Corps was actively seeking to evolve its culture, and that the process now includes stricter guidelines and counseling to end, or at least limit, the practice.

The general, remarking on the punishments handed down to the two Marines, sought to accentuate the positive by saying, "This is a good news story because we've got commanders taking action to police up their people for their online behavior."

Budget Woes: US Marines Could Be Forced to Ground Half of Aerial Fleet