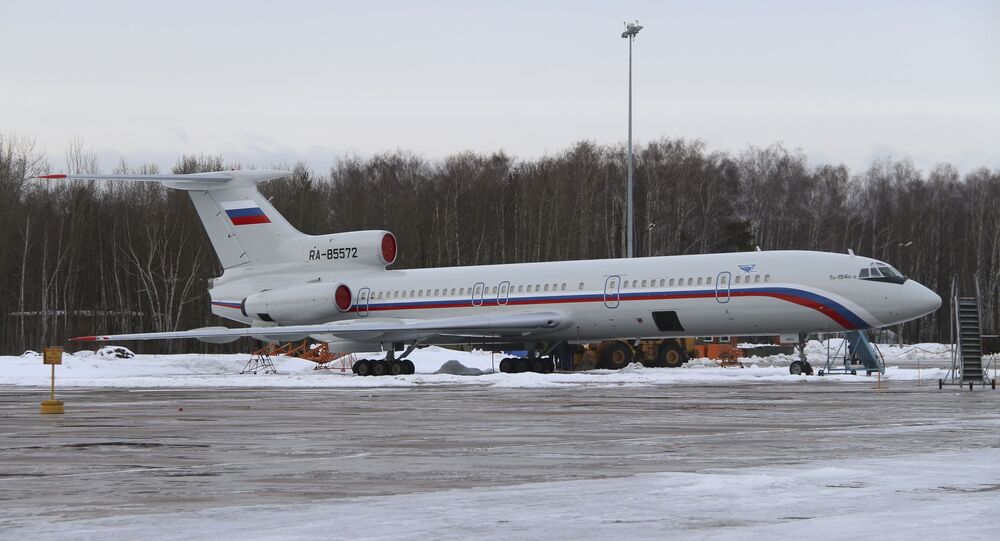 Head of Russia's National Nuclear Risk Reduction Center Sergei Ryzhkov said that Russian experts will carry out an observation flights over the United States and over Canada.

© Wikipedia /
US, Czech Experts to Fly Over Russia Under Open Skies Treaty
MOSCOW (Sputnik) — Russian experts will carry out an observation flights over the United States on April 10-15 and over Canada on April 18-22, head of Russia's National Nuclear Risk Reduction Center Sergei Ryzhkov said.

"Within the framework of the Treaty on Open Skies a group of Russian inspectors is planning to carry out an observation flight on Tu-154M LK-1 aircraft over the United States and Canada," Ryzhkov said.

The US and Canadian specialists will be on board to ensure that the plane and the survey equipment used are in compliance with the treaty, the official stressed.

The flights will follow an agreed route, Ryzhkov added, saying that the it would become the ninth and tenth observation flights carried out by Russia in 2017.