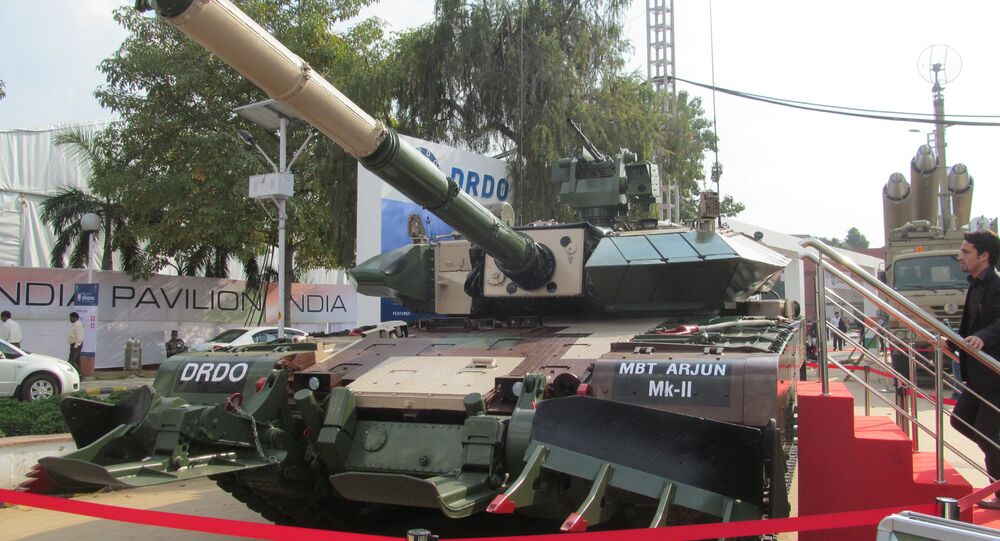 The Indian Army looks set to be going ahead with the indigenously developed Arjun MK 2 Main Battle Tank going by the successful trials being reported in by defense scientists.

© Sputnik / Dmitry Korobeinikov
Multi-Billion Deal for Purchase, Upgradation of T-90 Tanks Between India & Russia Gather Pace
New Delhi (Sputnik) — Sources told Sputnik that defense scientists of the Defence Research and Development Organization (DRDO) saw the successful test of an anti-tank weapon with a strike range of five kilometers at a testing facility in Orissa state. Scientists test-fired high explosive anti-tank weapon from Arjun MK 2 in salvo mode against a decommissioned tank. Sources said the test was successful and it had the desirable impact on the target.

DRDO scientists have been developing the Arjun MK 2 Main Battle Tank since 2012. Arjun MK 2 is said to be a substantially improved and more capable version of the Arjun MK 1, 118 of which are now in delivery. But the Army has a problem with the weight of the tank: it weighs approximately 68 tons with scientists trying to lighten the load. Sources said scientists will use indigenously developed lighter high nitrogen steel in the baseline hull of the tank. They will also use all-aluminium road-wheels instead of all-steel road wheels and ventilators to reduce the weight.

Defense sources told Sputnik that the Indian Army wanted Arjun MK 2 to weigh 50-55 tons but the DRDO has conveyed its inability to bring it down to that level. The Army is said to have objected to the tank's 68 ton weight, saying it was too heavy and limited the area where it can be deployed.

In February this year, Bharat Electronics had unveiled a remote controlled weapon station (RCWS) for 12.7 mm gun of MBT Arjun Mk II battle tank at Aero India 2017 in Bengaluru. This enabled the soldier to aim and fire at aerial targets from the safe interiors of the battle tank. Presently, the 12.7 mm guns of all tanks are manually operated. The RCWS is armed with the 12.7 mm Russian NSVT heavy machine gun. Other weapons like 7.62 mm MG can also be fitted with it.