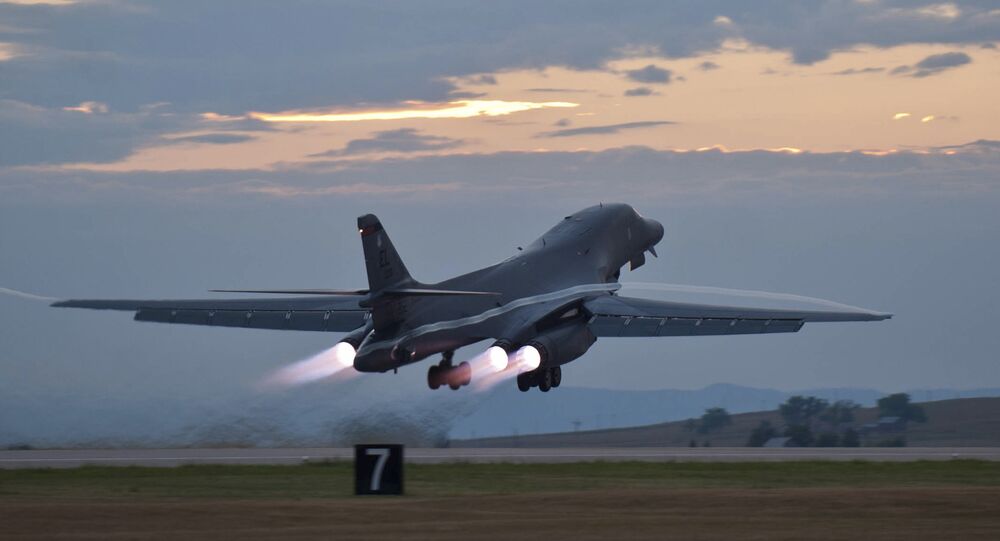 Ready for Action? Almost a Third of US Air Force Jets Unprepared for Combat

The US Air Force’s response plans to counteract a North Korean nuclear attack presuppose a reliable fleet ready to take flight at a moment’s notice – but only seven in 10 USAF aircraft fit that criteria.

On one recent mission aimed at thwarting "a clear and present danger in North Korea," one of America’s nuclear bombers was grounded for repairs when it was supposed to be in the sky, Representative Joe Wilson of South Carolina said on March 22.

The sortie was meant to consist of two B-1s taking off from Guam, but only one could handle the mission, the Air Force Times reports.

The service’s designated nuke-dropper, the B-1B Lancer, is touted for its ability to "rapidly deliver massive quantities of precision and non-precision weapons against any adversary, anywhere in the world, at any time." The claim rings slightly hollow when congressmen allege that aircraft tapped for certain missions are getting benched at the last minute.

The Democratic People’s Republic of Korea has engaged a campaign of threatening nuclear strikes while continuously testing the efficacy of their missile weaponry.

US intelligence monitors missile activity with satellites, but its triad of submarine, aerial and missile-equipped nukes can be significantly hindered if aircraft are grounded because of maintenance and repair concerns.

A Heritage Foundation report on US military strength points out that readiness worries are nothing new. Readiness has steadily fallen since 2003, according to the think tank’s 2016 Index of US Military Strength.

In 2016, Air Force Vice Chief of Staff Larry Spencer told Congress fewer than half of the USAF’s combat aircraft were in compliance with full-spectrum readiness specifications.

Destroying the World 5 Times Over: Why the USAF Doesn’t Need a New Nuke