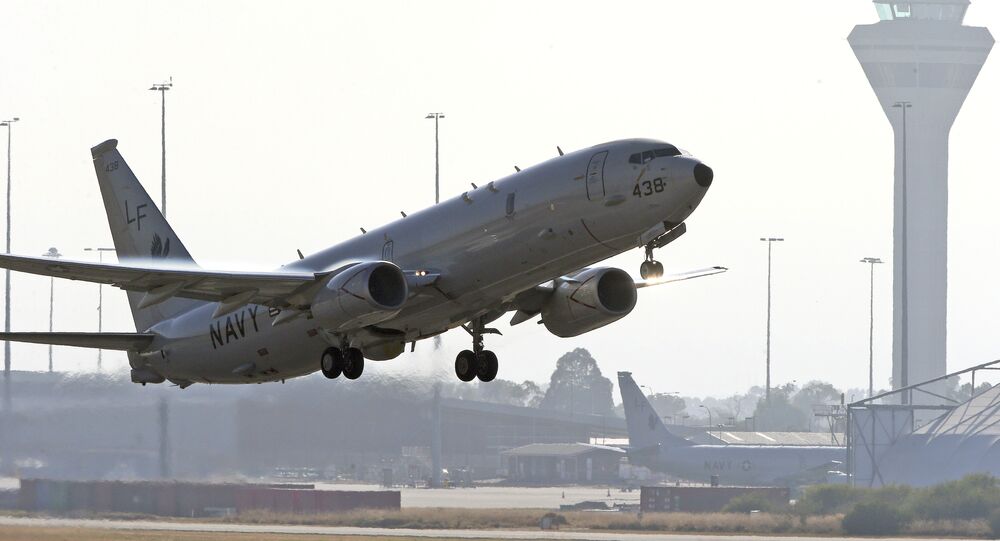 The Norwegian government has signed a contract for the purchase of five US P8 Poseidon patrol aircraft with the intention to keep a closer eye on Russia's submarine activity in the north. However, both the total purchase purchase and the operational cost are kept secret.

© AFP 2021 / SAUL LOEB
Price Wars: Norway's Defense Minister Under Fire Over Costly F-35 Fighter Jets
The secrecy surrounding the acquisition of Norway's new surveillance aircraft is so strict that neither the public nor the Parliament is informed about the final price for the acquisition. Defense Minister Ine Eriksen Søreide said in a statement that the project's total cost amounted to "about 10 billion NOK" ($1.2 billion), assuring that the expenditure is covered by the long-term plan for the armed forces.

According to Norwegian daily Klassekampen though, part of the expenditure is placed under the Intelligence Service budget. Despite the Norwegian government's pledges to increase the defense budget by 180 billion NOK (over $21 billion) over the next 20 years, individual acquisitions may still constitute classified information.

In the case of the notorious Poseidon deal, information about the aircraft's sensors and equipment was considered highly sensitive and thus kept hidden both from parliament and the Norwegian public, despite the fact that the Finance Ministry specifically requests all public procurements exceeding 750 million NOK ($88 million) to undergo external quality assurance, which was clearly ignored this time.

"We have papers here dealing with tens of millions, which are the size of a bible. Here, we have a billion investment which only is described in a few sentences," Trine Skei Grande told Klassekampen, venturing that Norway previously burnt its fingers on major defense investments with a poor foundation in parliament.

The five P8 Poseidons will replace the fleet of six P3 Orions currently in service. The first planes are expected to land on Norwegian soil in 2022. The aircraft will be used for monitoring the waters off Norway's coast, particularly following the activity of Russian submarines.

In the fall of 2016, the Orion generation of surveillanceaircraft was reported to be struggling with discovering the newest Russian submarines. Following a "submarine pursuit" in Vestfjord outside the city of Bodø, which was much less known than the Swedish 2014 submarine hunt, yet equally fruitless, a US P8 Poseidon surveillance aircraft landed for the first time at Andøya Air Station, which later proved to be a field power display.

© AFP 2021 / LAURA bUCKMAN
Norway Bets on F-35 to Attack Targets in Russia
Monitoring Russian activity has high priority for Norwegian surveillance aircraft and is also considered very important for NATO. Klassekampen's unrevealed sources claimed Norway to be under mounting US pressure to deliver good intelligence about Russian submarine activity. In case Norway fails to deliver, the US will come with its own aircraft to carry out the mission, the unrevealed source claimed, but was vehemently disclaimed by the Norwegian Armed Forces.

The Boeing P8 Poseidon is a maritime surveillance aircraft developed for the United States Navy and is designed for anti-submarine warfare, anti-surface warfare and shipping interdiction. It is seen as a replacement for the Lockheed P-3 Orion and its multiple variants.