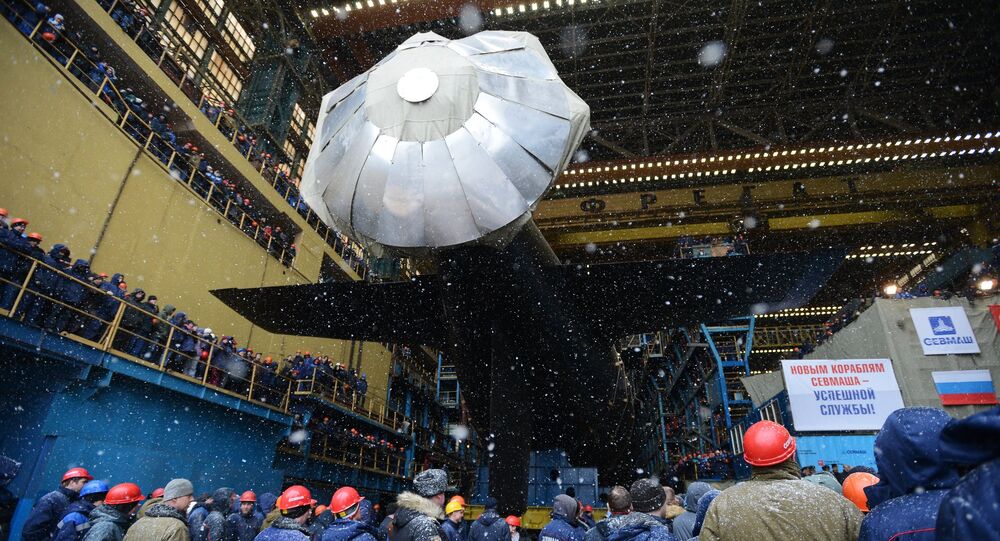 SEVERODVINSK (Sputnik) — On Thursday, an international Arctic forum wrapped up in northern Russia. The participants, who included foreign ministers and heads of state from various Arctic states, were united in their agreement on the need to cooperate with each other in the region.

© Sputnik / Vitaliy Ankov
Russia Closing the Gap on US With Cutting Edge Yasen Submarines
The second upgraded Yasen-class (Project 885M) submarine, the Kazan, was floated out at the Sevmash shipbuilder in northwestern Russia's Severodvinsk.

Yasen-class submarines have a submerged displacement of 13,800 tonnes, a length of 390 feet, can travel up to 31 knots, and can dive to depths of 2,000 feet. The submarine is armed with naval mines, the Oniks and Kalibr anti-ship missiles and a range of torpedoes. A total of six Yasen-class submarines are due to join the Russian Navy by 2020. The seventh vessel is due to be laid down in July 2017.