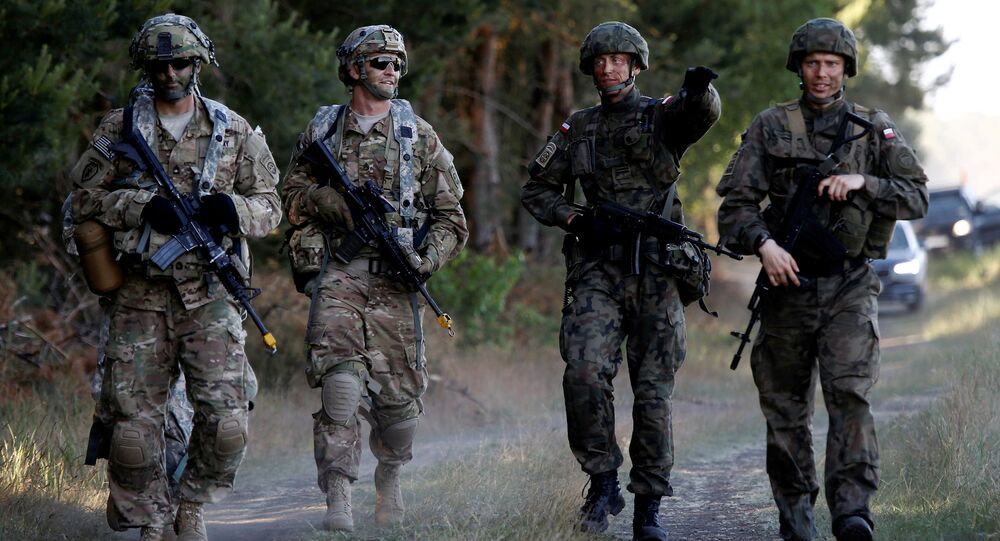 Full spectrum of Montenegro’s opposition parties should unite in calls for simultaneously holding a referendum on the country’s accession to NATO, as well as early parliamentary elections, Milan Knezevic, President of the right-wing Democratic People's Party of Montenegro (DNP), told Sputnik on Friday.

MOSCOW (Sputnik) — On Tuesday, US senators voted 97-2 on Washington's Senate floor in favor of Montenegro becoming a member of the 28-member military alliance, an important step for the Balkan country's inclusion into the international defense organization, which has met widespread opposition among Montenegrin citizens.

He added that the joint action of the Montenegrin opposition would help the country to emerge from a political turmoil caused by "the annexation of Montenegro by NATO alliance" and the opposition’s refusal to accept results of last year’s parliamentary elections.

"Due to the unique response of the opposition and boycott of Parliament because of the elections, which were held in the atmosphere of the fake coup, and clear positions of the representatives of the DF, DEMOS, SNP on the necessity of calling a referendum on Montenegro's membership in NATO, I think that this is the only way to Montenegro get out of the deep social-political crisis in which it is located," the DNP leader concluded.

Elections to the country's unicameral parliament took place on October 16, 2016. The ruling Democratic Party of Socialists (DPS) secured 36 mandates out of 81, five short of the absolute majority, and received additional mandates from Croatian Civic Initiative and Albanian minority party, but was still unable to form a coalition government.

Lawmakers from the opposition parties, including Democratic Front (DF), the Key Coalition, the Democrats, the Social Democratic Party of Montenegro, ignore parliamentary sessions, demanding to appoint a new date for parliamentary elections and previously proposed to hold it alongside with the presidential elections, scheduled for March 2018.

In late January, the country’s prime minister said Montenegro intends to become a full-fledged member of NATO before the next summit of the military alliance, anticipated in May. The authorities plan to decide on the membership not through a referendum, but through a parliamentary vote.