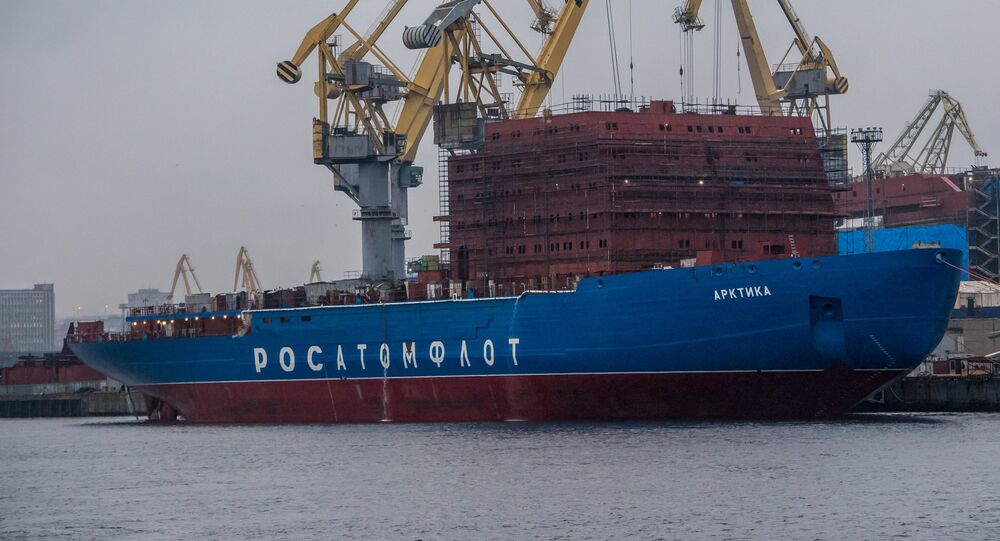 ARKHANGELSK (Sputnik) — Osmakov said at a state commission session in northwestern Russia that the deadline on Arktika has shifted because of the first use of innovative equipment, as well as Western sanctions which he said have been "fully solved."

"A universal nuclear-powered icebreaker is expected to be handed to the customer in May 2019," Osmakov said, speaking about the deadline for Arktika.

He added that the icebreakers of the same class as Arktika, namely Sibir and Ural, were expected to be delivered in 2020 and in 2021, respectively.

The Arktika, the first project 22220 class ship and the first nuclear icebreaker to be fully built in modern-day Russia, was successfully launched at the Baltic Shipyard in St. Petersburg in June 2016.

The Arctic region is considered to be a major source of hydrocarbons, minerals, fresh water and fish. The region's resources are a matter of interest for states bordering the area. The icebreaker fleet is needed to escort vessels in the area breaking ice, covering the ocean.