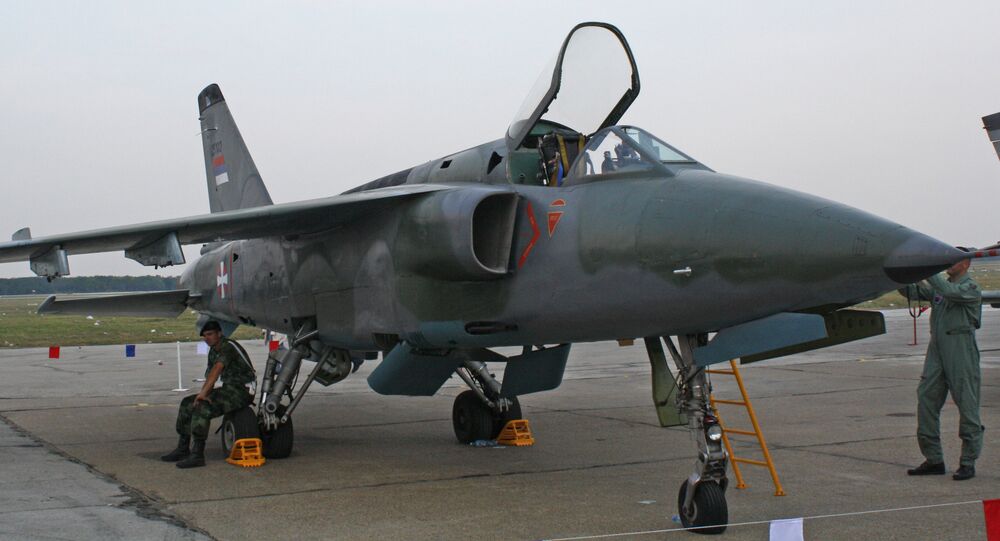 Serbia with Moscow’s aid is set to modernize its air force fleet, though apart from relying on Russia’s MiG jet fighter aircraft it also depends on its own potential, which it accumulated since the time of Yugoslavia.

© AP Photo /
Ambivalent No Longer: Serbia Wants Closer Partnership With Russia
Currently, Serbia awaits the delivery of six Russian MiG-29s, which the country will receive on very preferential terms, as it will pay only for repairs and upgrades.

According to the Russian Defense Ministry, the cost will amount to 185 million euros.

The exact date of this delivery will be known only after the relevant documents are signed by Vladimir Putin and all the technical details are mutually agreed upon.

However, apart from relying on the delivery of Russian jets, Serbia has a few of its own aircraft that need to be modernized.

The light attack and training aircraft Galeb and the twin-engine, subsonic ground-attack and reconnaissance aircraft Soko J-22 Orao, known for being the first in the history of Yugoslav aviation to overcome the sound barrier, are set for some upgrades soon.

“We need to modernize Orao to support land units and as a means of distance fighting,” head of the defense technologies department at the Serbian Defense Ministry Major-General Dr. Bojan Zrnic told Sputnik in an interview.

© Flickr / Dimitrije Ostojic
Serbian Defense Ministry to Receive Six MiG-29 Jets From Russia by May
He further said that since from a technical point of view the process of modernization of Galeb differs little from the modernization of Orao, the ministry is close to deciding on the fighter jets first.

According to the head, presently they are awaiting the final decision, as modernization of Orao will include the development of new types of air weapons operating on a principle of standoff.

The Orao aircraft was first produced in the 80s and ceased in 1992 but according to the major general it is still early to write it off completely.

“Experts came to a conclusion that the service life of the jet can be extended to up to 40 years and possibly for another eight years, so in that way Orao can serve up to 48 years,” Zrnic said.

He further added that the modernization of each aircraft can cost on average from 1 to 8 million euros depending on its condition.

An upgraded version of the Orao jet equipped with laser-guided bombs, modern air-to-surface and air-to-air missiles and new reconnaissance equipment was revealed in April 2016 at Serbian aerodrome Batajnica.