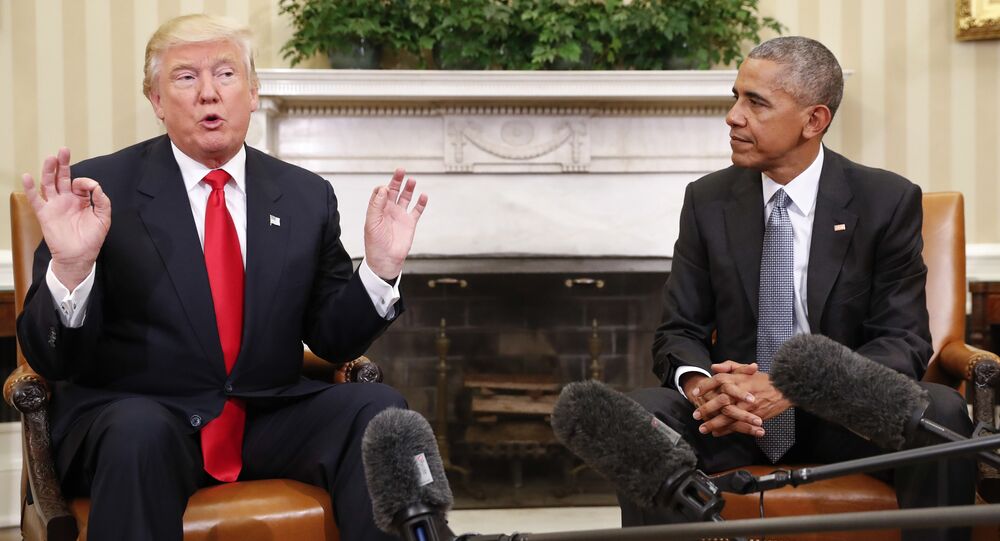 "They’re going to extraordinary lengths to deny this meteor that is global warming," Murphy said.

The initiative to undo Obama’s Clean Power Plan means that coal-fired energy plants will face less oversight regarding how much carbon they produce.

Trump alleged that previous regulatory policies amounted to a "war on coal." "Together we are going to start a new energy revolution," Trump said.

"These people haven't had enough thanks" Trump said, referring to coal miners.

It also cuts back some of Obama’s legislative achievements. For instance, in the former president’s National Environmental Policy Act, all agencies must consider climate change when making decisions on energy and infrastructure projects. The order removes that requirement.

The executive order does not roll back the US’ international participation in the Paris climate accords – even Exxon, one of the world’s largest oil firms, penned a letter to the Trump administration arguing that the Paris agreement is an "effective framework" for facing "the risks posed by climate change," the Financial Times reported.

For some of Trump’s fellow GOPers, the president can’t go too far. According to the ex-leader of the Trump transition team, Myron Ebell, "getting rid of the Clean Power Plan is just not enough." Ebell is the director of the Center for Energy and Environment at the Competitive Enterprise Institute.

​At least one group cheered on Trump’s move: the US Chamber of Commerce. "The federal government will no longer seek to punish American consumers and businesses for using the energy resources that fuel our economy," said Thomas J. Donahue, the group’s president.

Trump Feels 'Vindicated' Over His Wiretapping Claims Against Obama