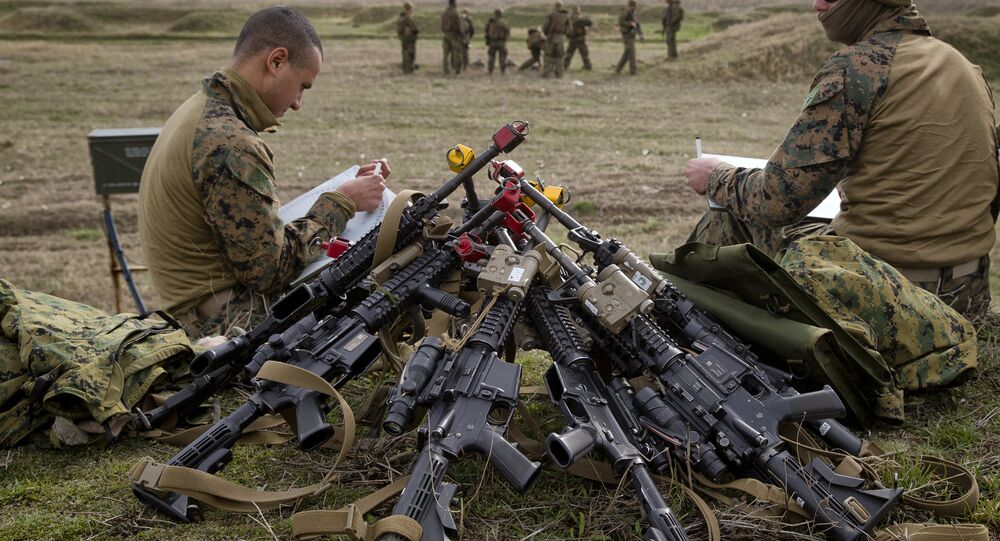 The administration of US President Donald Trump is taking a hands-off policy toward the Pentagon, and the US military finds that it no longer must seek approval for expanding its schemes.

© CC0
Pentagon Denies It Hid Report Showing More Than $100 Billion in Waste
The National Security Council (NSC), which would ordinarily coordinate US foreign and military policies, as well as execute Trump's national security agenda, has taken a decidedly hands-off approach of late, as increased troop deployments and additional combat missions are added to the Pentagon's agenda, according to Yahoo News.

In the months following Trump's inauguration, the US Marines have brought artillery and an increased troop presence on the ground in Syria, and is on the brink of adding to an 8400-strong force already in Afghanistan.

Stepped-up raids by elite US combat units in Yemen have resulted in a sharp increase in the death of civilians in the region, as well as having one of its own killed when what is claimed to be a hastily-planned operation went wrong.

The head of the US Africa Command, General Thomas Waldhauser, stated recently that he hoped the Trump Administration would lift the strict controls over military moves in Somalia, so that the Army can widen a new war against armed al-Shabaab members in the region.

All of these moves would traditionally require some give and take between the Pentagon and the president, a conversation that appears to have quietly lapsed.

Arizona Republican Senator John McCain, head of the US Senate Armed Services Committee and a noted hawk, welcomed the shift.

"We don't have to ask the 30-something-year-olds for permission to respond to an attack in Afghanistan," he remarked.