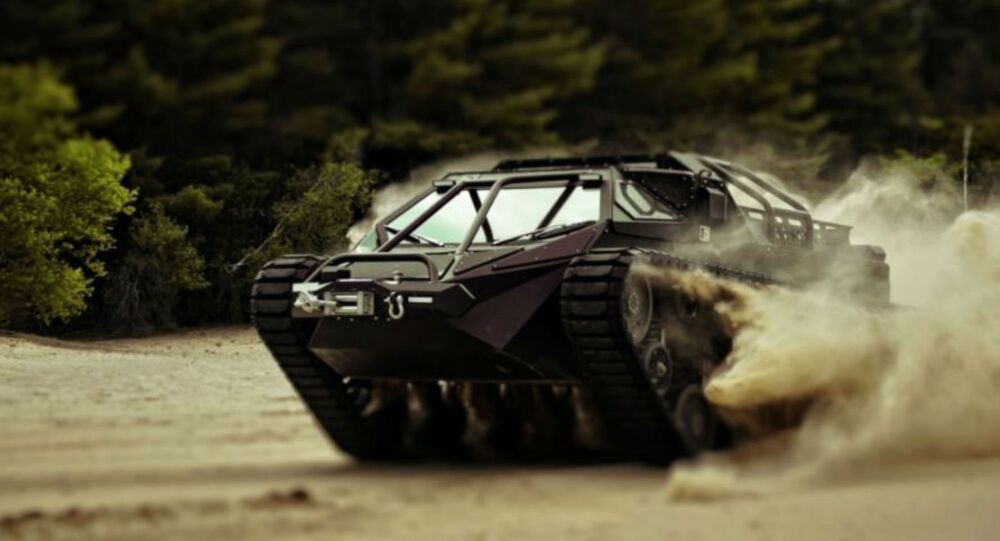 Built by the Waterboro, Maine-based Technologies Inc., the Ripsaw -- the lightweight tracked vehicle -- is being evaluated for possible future combat operations at New Jersey’s Picatinny Arsenal.

As part of a demonstration the head of the US Army’s Research, Development and Engineering Command, Maj. Gen. Cedric T. Wins, rode in a Ripsaw Extreme Vehicle 2  (EV2) Tuesday along with a driver, according to Military.com

​Howe and Howe describes the tank as a "handcrafted, limited-run, high-end, luxury super tank developed for the public and extreme off road recreation," calling it "one of the world's most sought after high performance, luxury vehicles." With 750 horsepower and the ability to reach up to 100 miles per hour, the manufacturer also claims the Ripsaw is the "fastest dual tracked vehicle ever developed."

The optionally manned tank comes with a price tag close to $250,000, and is set to make an appearance in the upcoming action film "Fast & Furious 8."

Weighing in at 9,000 pounds, the EV2 is too light to qualify as a military tank, and is actually closer in size to a Humvee. Vehicles like the M1A2 Abrams tank can weigh more than 70 tons, and the Ripsaw weighs less than lightweight machinery like the M2/M3 Bradley Infantry Fighting Vehicle and the  M1126 Stryker Combat Vehicle.

Built to integrate with the Common Remotely Operated Weapon Station, which can have any number of weapons mounted on it, the Ripsaw can accommodate the Mk19 40mm automatic grenade machine gun, M249 Squad Automatic Weapon, the M2.50-caliber machine gun and the M240B 7.62 mm machine gun.

It still does not carry quite the same firepower as other combat vehicles, such as the 120mm L/44 M256A1 smoothbore tank gun, the M1A2 Abrams’ main weapon. The Ripsaw also features gullwing doors and and an aluminum frame, but no armor.