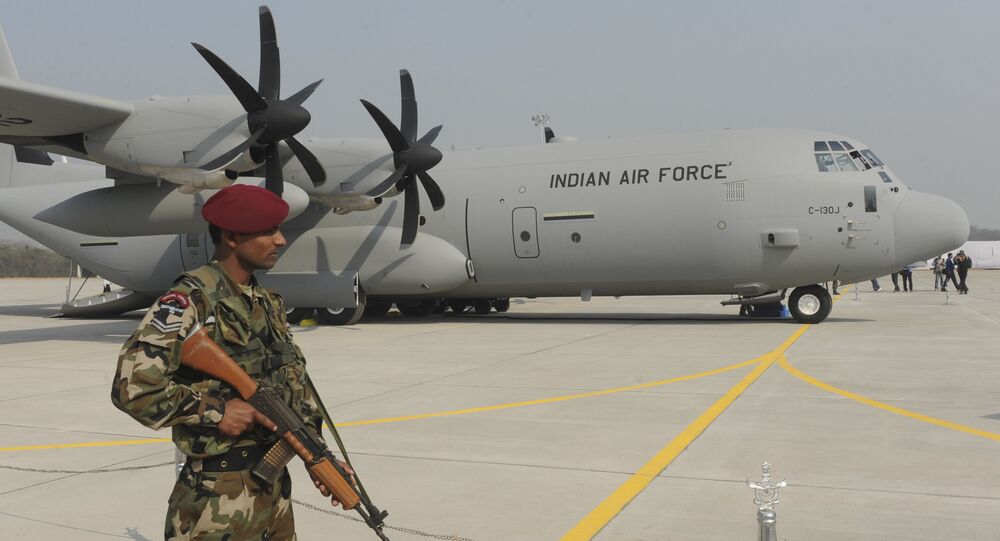 The Indian Air Force has ordered terrain warning awareness system for its six Lockheed Martin C-130J Super Hercules aircraft due this year to avoid accidents in Himalayan terrain. The aircraft will be based with the mountain strike corps being raised on the Line of Actual Control with China.

© AFP 2021 / Dibyangshu SARKAR
Indian Air Force Loses Front-Line Sukhoi Jet, Helicopter in Two Accidents
New Delhi (Sputnik) — The Indian Air Force (IAF) felt the need for terrain warning systems after losing two C-130Js in accidents, one in March 2014 and the other in February this year in an area bordering China. The two planes were among the six which the IAF had inducted in 2011. India ordered six more C-130Js for US $ 1.1 billion in 2013 on the demand of the IAF and they are expected this year.

The US Air Force issued a Request for Information on the US Federal Business Opportunities, asking vendors to provide six C-130J aircraft with the Communication, Navigation and Identification database systems subscription for 40 months, starting May 31, 2017 through August 31, 2020. "This is a Foreign Military Sales effort for the Government of India," read the notice.

According to the IAF, these six C-130Js will be part of 87 squadron based in Panagarh, which will be the location for the Indian Army's 17 mountain strike corps. More than 90,000 personnel will constitute the corps being raised for deployment along the 2,521-mile Line of Actual Control (LoAC) with China.