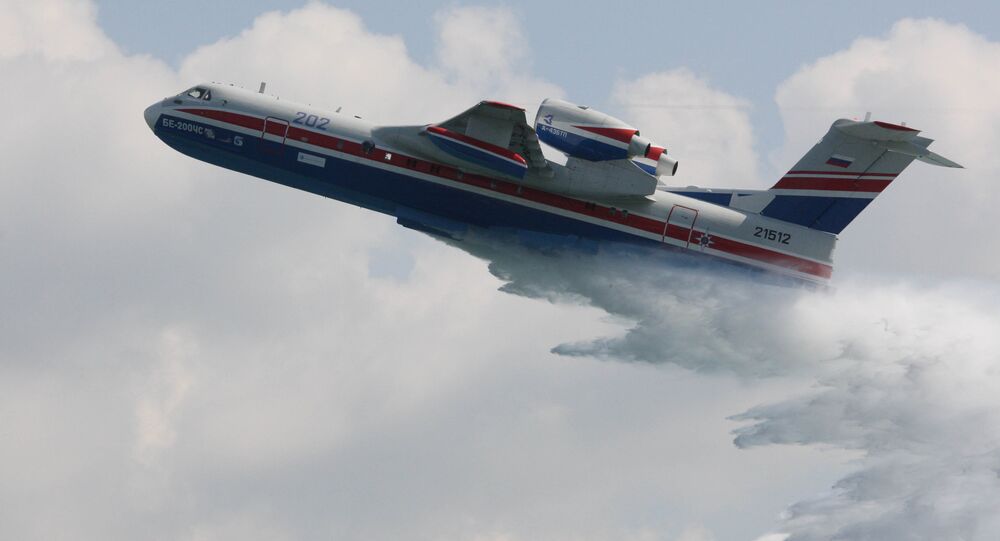 Moscow, Jakarta Looking Into Deal on Deliveries of Russian Be-200 Aircraft

Moscow and Jakarta are discussing possible deliveries of Russian Be-200 amphibious aircraft, but it is unclear yet how many Indonesia may want to buy, the deputy director of the Russian Federal Service for Military-Technical Cooperation (FSMTC) said Wednesday.

http://www.my-photo.ru/
Talks on Deliveries of Russian Mi-17V-5 Helicopters to Thailand Almost Complete
MOSCOW (Sputnik) — Petukhov is the head of the Russian delegation at the Langkawi International Maritime and Aerospace Exhibition (LIMA) 2017, which kicked off in Malaysia on Monday.

"At the moment [Jakarta and Moscow] are looking into the possibility of adding Be-200 aircraft to the [Indonesian] air fleet. We will only be able to talk about the quantity of the aircraft that Indonesia needs when we have received the official offer from the Indonesian side," Mikhail Petukhov said.

In September 2016, Sergey Goreslavsky, the deputy chief of Russia's state arms exporter Rosobonexport, said that Jakarta was interested in Be-200.

In 2015, Indonesian Air Force Chief of Staff Agus Supriatna said that Jakarta was hoping to buy four Be-200 aircraft.

The Be-200 amphibious aircraft is intended primarily for fighting forest fires and its distinguishing feature, according to manufacturer, is the fully pressurized fuselage.