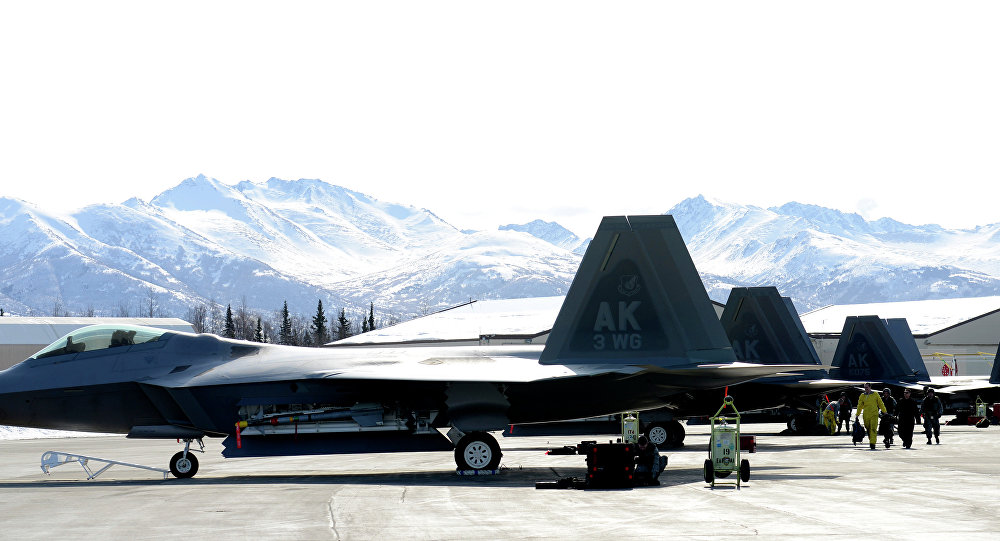 The US Air Force awarded Lockheed Martin Aeronautics Co. $40 million to strip and recoat the exterior shells of their fleet of F-22 "aerial quarterbacks" after the Pentagon deemed the existing coatings were falling below standards "earlier than expected."

The re-coatings are estimated to be completed by the beginning of July 2019, the Pentagon announced on March 15.

The maintenance work will be done at Hill Air Force Base in Utah; facilities in Palmdale, California; the new F-22 Inlet Coating Repair Speedline facility in Marietta, Georgia; and Fort Worth, Texas, where Lockheed produces its uber-expensive F-35s.

After former President Barack Obama’s administration ceased F-22 procurement with approval from Congress in 2009, the F-22 plant in Marietta, Georgia, closed down, according to the Congressional Research Service. "Its tools and equipment" were "placed in storage," according to the brief.

After F-22 procurement ended, Congress stipulated a few rules regarding how the active-service F-22s must be treated. First, the Senate prohibited "funds from being used to approve or license the sale of the F-22 to other countries." Second, the Obama administration authorized a Congressional proposal to devote $140 million for research and development on the F-22’s Increment 3.2B software upgrade.

Like virtually every Pentagon program, the tax dollars funneled to the "research and development" fraction software upgrade in 2013 were insufficient. Unclassified documents showed that the software upgrade for the F-22s would add up to $613 million, Sputnik reported.

Considering the mammoth $1.5 trillion lifetime cost of the F-35, which theoretically could wipe out all of America’s $1.3 trillion worth of student debt tomorrow with $200 billion leftover, the $66 billion dedicated to the F-22 program looks like peanuts. The F-35 program seems to be an even bigger drain on precious tax dollars in the wake of commentary from military analysts who say that the F-22 or even the F-16 could take out the F-35 joint strike fighter in a dog fight.

Spain, Belgium, Switzerland Poised to Be Next F-35 Buyers