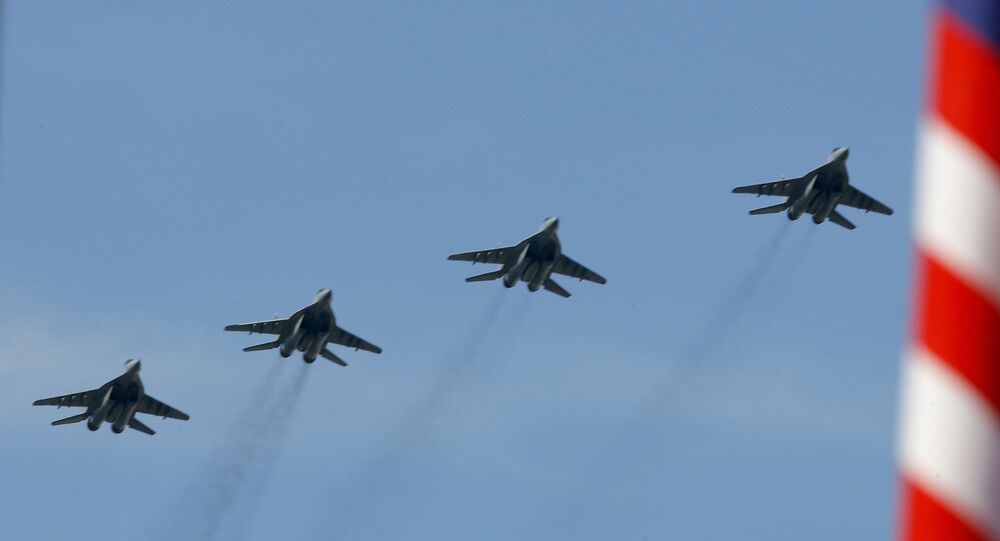 © Sputnik / Anton Denisov
To a Tee: Russia to Fulfill MiG-29 Delivery Contract to Egypt on Schedule
LANGKAWI (Sputnik) — Currently, the country has 18 MiG-29N fighter jets, which were supplied in 1994.

"We are ready to provide full repair for these fighter jets and modernize them to MiG-29SM. We have brought a MiG-29SM simulator to this exhibition," the representative said.

MiG-29SM is a multi-role combat aircraft carrying high-precision weapons capable of destroying air and surface targets. The series is considered to be one of the best jet fighters of the fourth generation.

The Langkawi International Maritime & Aerospace Exhibition (LIMA) is an annual event taking place in Malaysia's resort Langkawi. This year the exhibition will last from March 21 to 25, with Russia presenting fighter jets, submarines and amphibious aircraft. LIMA is the largest exhibition in the Asia Pacific region, which accounts for 45 percent of Russian military equipment sales.

Serbia to Get 8 MiG-29 Fighters, 2 Buk Missile Systems From Belarus