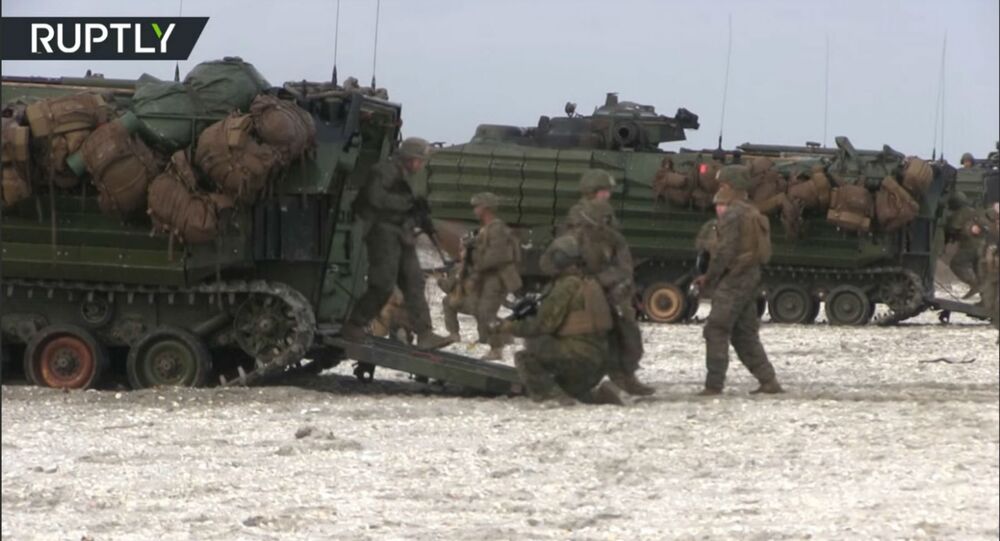 On Monday, a group of Romanian troops and US Marines launched a Stinger missile at a surface-to-air firing range as part of joint exercises currently underway on the coast of the Black Sea.

The "Spring Storm 17" exercises are meant to simulate defense of the Black Sea’s urban areas and coastline, with 750 Romanian troops and 450 US Marines taking part.

Spring Storm’s drills are described as "a bilateral amphibious operations exercise to increase the interoperability between the Romanian and American forces and to enhance our enduring relationship through a series of exercises."

The two militaries are trying to see how well they work together, not far from Russian territory, as some NATO member states have accused Moscow of meddling in Ukraine, a claim Moscow has steadfastly denied.

Four NATO ships sailed into the Odessa Black Sea port earlier this week, with troops from Spain, Germany, Turkey and Poland in place until April 20 conducting drills to strengthen their relationship with Kiev.

Commander Timothy Carter, the USS Carter Hall’s commanding officer said, "The Spring Storm exercise provides Carter Hall a valuable opportunity to operate forward with our NATO ally in the Black Sea region. We are looking forward to increasing our mutual cooperation to enhance security throughout 6th Fleet," according to the Naval Forces Europe-Africa’s website.

"Exercises like these are important to enhance relationships with our allies as we all share the same views of maintaining safety and security of the world’s ocean and sea lanes, we are glad to be here and build on our strong partnership with Romania," said Capt. Larry LeGree, commodore of the Amphibious Squadron Eight.