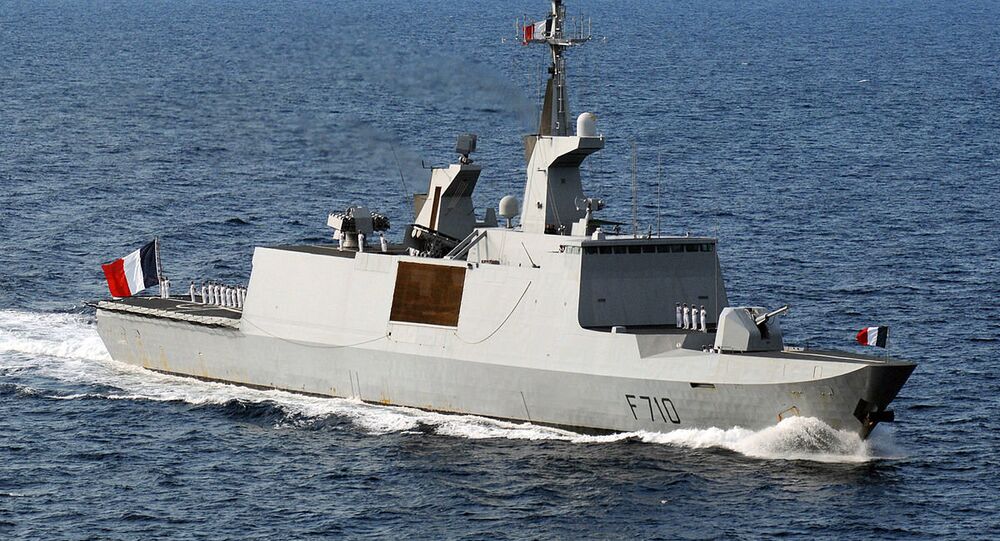 The Black Sea Fleet's forces and detection devices are tracking the France's La Fayette frigate's movement in the Black Sea, according to a military-diplomatic source.

MOSCOW(Sputnik) — The Russian Black Sea Fleet is monitoring the movement of France's La Fayette frigate, which is currently headed to the western part of the sea, a military-diplomatic source told Sputnik on Friday.

"The La Fayette class frigate, which entered the Black Sea the previous day, is currently moving to the west. The Black Sea Fleet's forces and detection devices are tracking the frigate's movement," the source said.

The La Fayette-class frigate is capable of carrying air-defense missiles and accommodating Panther copters, as well as heavy range helicopters.