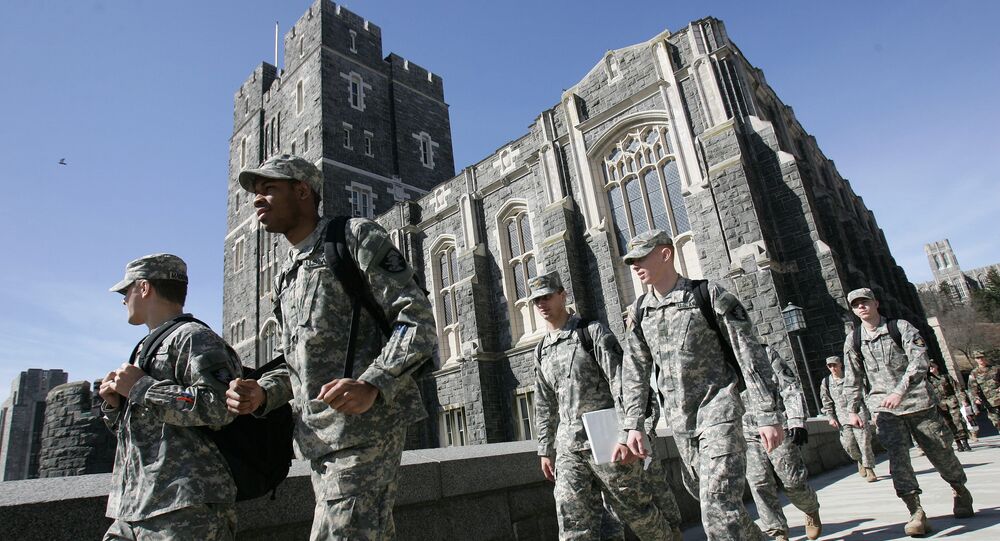 Surge of Sexual Assaults Documented at US Officer Academies

Two out of the three principal academies that feed the armed forces of the United States with their officer class have marked a surge in reports of documented sexual assault over the past year.

According to an anonymous survey cited by military.com, a total of 12 percent of female officer training cadets for both the US Naval Academy in Annapolis, Maryland, and the US Military Academy at West Point, New York, were subject to what was described as "unwanted sexual advances," as opposed to 8 percent two years ago. The US Air Force Academy in Colorado showed a slight decrease in reports of sexual abuse.

Analysis of the recent reports has noted that an uptick in the willingness of victims to come forward has significantly increased the unfortunate tally.

Officials within the school systems suggested that the blame for the rise in sexual assault by cadets attending the officer training schools could be laid at the feet of "student leaders," deftly avoiding responsibility for what has become an all-too-familiar occurrence.

Assistant Defense Secretary for Readiness Elizabeth Van Winkle stated, "Unless the students have a bit of accountability on their own, unless they take the charge themselves, [senior] leadership can really only take them so far," according to military.com.

Illustrating the challenges faced by America's armed forces is the recent scandal over a Facebook page created by members of the US Marines to upload, share and comment on compromising, and often illegal, images of female service members, without the latter's knowledge or consent. The site was quickly taken down after it was revealed, but many observed that the practice was endemic to the culture of the US military.

Alongside increased incidences of sexual assault and abuse, there has been a striking rise in suicides by US military service members over the past seven years, currently standing at about 30 percent per 100,000, as opposed to the national average of 12 percent 100,000, according to USA Today.