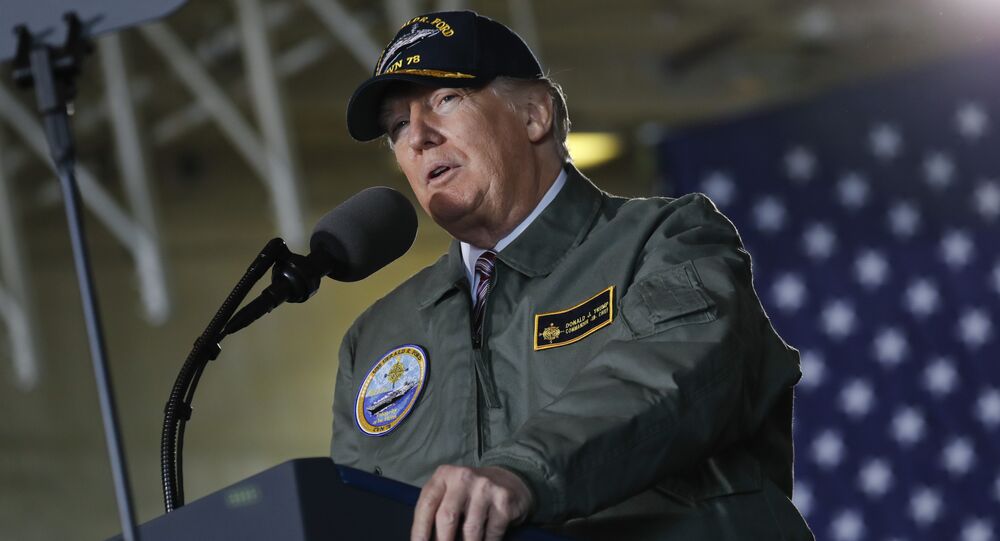 "More than military spending" is required to adequately deal with the threats posed by Daesh and Al Qaeda, United Nations Secretary-General Antonio Guterres said on Thursday.

US President Donald Trump has proposed pouring another $54 billion into militarization, but spending increases are just one aspect of protecting national security interests.

At least one industry analyst told CNBC that the 2018 defense budget request would be "dead on arrival." The proposed budget increase "lacks meaningful detail," according to Howard Rubel, a defense industry analyst at Jefferies investment bank.

It "has the potential to add to budget gridlock," Rubel noted, "because it doesn’t seem to be fashioned in a manner that will allow Congress to form a coalition for an orderly passage of appropriations bills."

The money for Trump’s military rebuilding comes from cuts to National Institute of Health cancer research and the National Endowment of the Arts, and a 28 percent budget reduction for the diplomatic corps at the State Department, among other budget slashings.

One idea that has been floated is to lower funding for America’s 800 imperialistic, outdated foreign military bases and installations, which cost taxpayers some $156 billion annually, Jake Novak writes. The US even has a base in Aruba, a tiny Dutch Caribbean island that’s become a popular tourist destination for Americans.

"Do we really need all of these bases, and at their current sizes and costs? Almost no one thinks so," Novak said. "Worse yet," the op-ed continues, "many experts believe our overly large number of bases actually harms American interests," specifically by fueling local anti-American sentiment and scrutiny of US foreign policy.

What’s more is that there is little reason to believe the defense budget increases will be spent efficiently. In inflation-adjusted terms, the US spent about $103 billion to help rebuild 16 nations following the havoc of World War II. By many measures, the return on investment was astoundingly high: Germany has become the world’s fourth largest economy while the rest of Europe has steadily recovered from the two periods of destruction.

Now, contrast that notion with a 2014 report from the US Special Inspector General for Afghanistan Reconstruction, which found that "by the end of 2014, the United States will have committed more funds to reconstruct Afghanistan, in inflation-adjusted terms, than it spent in 16 European countries under the Marshall plan." And US intervention in the Middle East has only spurred the propaganda and recruitment efforts of groups like Daesh and Al Qaeda.

Trump's plan, which claims to set the table for a "larger, more capable, and more lethal joint force, driven by a new National Defense Strategy that recognizes the need for American superiority not only on land, at sea, in the air, and in space, but also in cyberspace," was actually blasted by Senator John McCain for not increasing spending enough, even though America has $20 trillion in outstanding debt obligations.