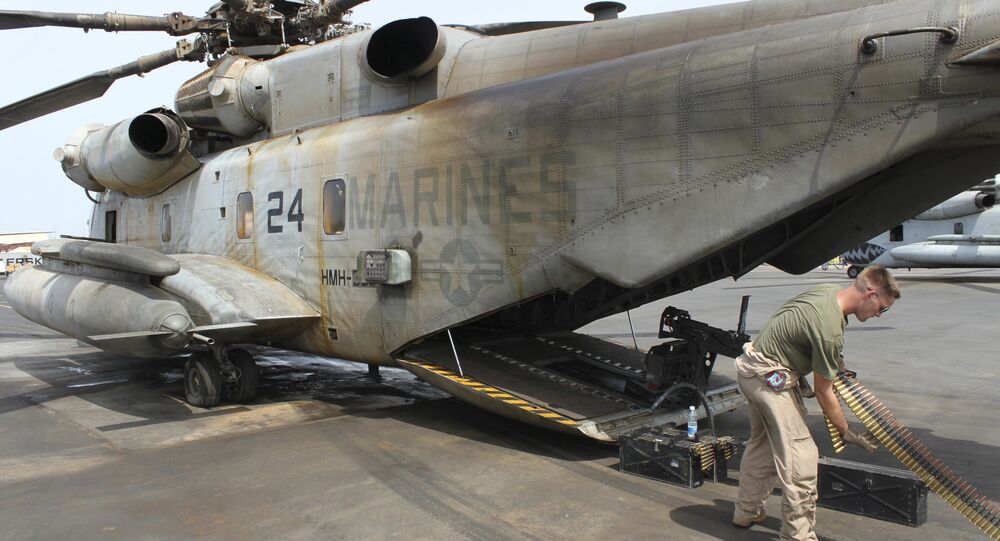 New Chinese Military Base in Africa Presents Security Concerns for US

China’s first non-domestic military outpost is slated to be finished by the end of the summer, according to Marine General Thomas Waldhauser, who said the base presents security concerns to the US.

The 90-acre naval base is located a mere four miles from the headquarters of US African Command, Camp Lemonnier, in Djibouti, where some 3,000 to 4,000 US personnel are stationed at any given time.

Under Waldhauser’s watch, the US hopes to keep tabs on what China does and does not do at the new base. Waldhauser recently requested an audience with Djibouti President Ismail Omar, to whom he "expressed [US] concerns about some of the things that are important to us about what the Chinese should not do at that location."

The US uses Camp Lemonnier base as a hub for highly secretive operations, Defense Tech reported. For instance, the camp was involved in the January 29 raid in Yemen that killed Navy Seal Team 6 member William “Ryan” Owens, as well as 14 Al Qaeda in the Arabian Peninsula militants and at least 25 civilians.

Both the Chinese and US military in the region will likely seek to address the issue of Somali pirates. The marauders have been virtually absent from the Horn of Africa since 2013, according to data from Office of Naval Intelligence, but popped back up on the radar Monday after buccaneers raided an oil tanker and its Sri Lankan crew.

​"The question wasn’t really if an attack was going to happen, the question was when," John Stee, head of the Horn of Africa desk at the Oceans Beyond Piracy non-governmental organization, said. "The one thing that’s not really been addressed is the real root cause of this, which is poverty."

Chinese investors have poured $400 million into Djibouti to build a trading port and to develop a free trade zone in the region. In addition to bolstering China’s naval presence in the Red Sea, the Gulf of Aden and the Arabian Sea, the base will likely serve as headquarters for roughly 2,200 Chinese soldiers stationed in Africa as part of peacekeeping operations, Waldhauser noted.