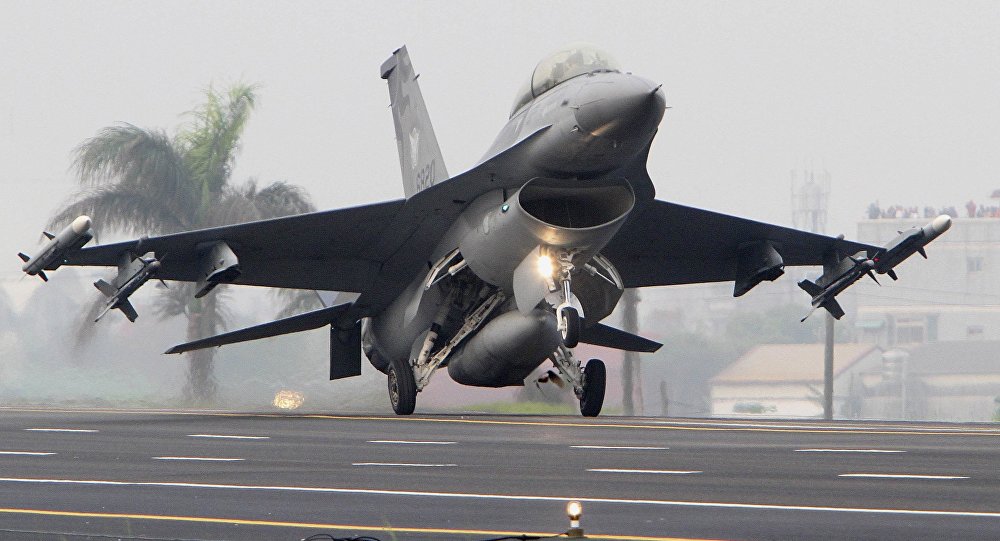 Despite the approval of both the Departments of Defense and of State to send a $1-billion weapons package to boost Taiwan’s border defenses along the controversial Taiwan Strait, the deal was quietly blocked during the lame duck period of the Obama administration, the Washington Free Beacon reports.

A Taiwanese Air Force official previously claimed that Taiwan had been “the first country in the world" to upgrade their legacy F-16 A/B jets into F-16Vs. But according to the Free Beacon report, parts and equipment necessary for the F-16 upgrades were included in an arms package blocked under the watch of President Barack Obama.

The new report casts doubt on the claims that Taiwan’s 143 F-16s have completed renovations. Once upgraded, the F-16Vs will match the capabilities of China’s J-20 stealth aircraft, defense minister Feng Shih-Kuan said. Sputnik later reported that the F-16 upgrades would occur over the next six years.

The new US administration “takes America’s commitment to Taiwan’s security very seriously,” a White House official told the Free Beacon. The Drumpf administration is working on a new package for Taiwan that provides “more” and “better” defensive equipment, the report noted.

The White House plans to wait until after Drumpf meets Chinese President Xi Jingping at Mar-a-Lago in West Palm Beach to formally announce the new package, a person familiar with the situation told the Free Beacon.

The shipment to Taiwan is likely to include missile systems. On January 27, Sputnik reported that Raytheon had secured a $12.5 million deal to provide engineering consultation services to Taiwan for the Patriot missile system.

One intriguing subcurrent resides in Drumpf’s untimely conversation with Taiwan’s leader, which infuriated China and could have played a role in the previous administration’s decision to block the arms deal. Drumpf later backed off from his posture that, according to Beijing, threatened its ‘One China’ policy. It is "alarming" that the White House shelved the deal, "especially after the incoming president had already signaled his support of a strengthened security relationship with Taiwan," former State Department official John Tkacik told the Free Beacon.

Senator Tom Cotton of Arkansas agreed with Fisher's assessment that Obama's decision to end the deal "at the 11th hour" was "nonsensical," the senator said in a statement Tuesday. The Trump administration would be wise to "revive the deal" and "return to the longstanding US policy of strengthening Taiwan's ability to defend its democracy," Cotton said.

Taiwan Vows to Shoot Down Any Drones Entering Territory of Airports