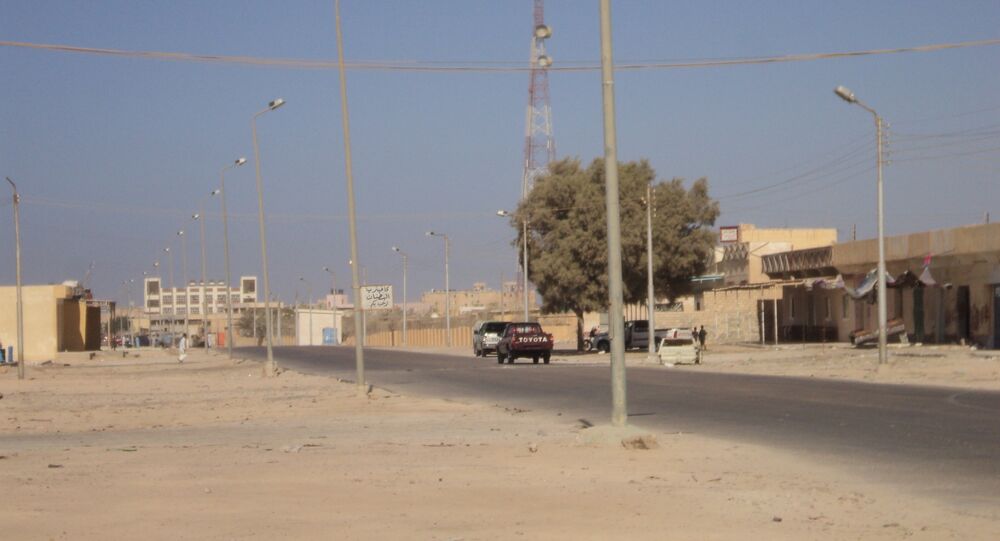 There are are no Russian special forces units in Egypt contrary to media reports, the Russian Defense Ministry spokesman said Tuesday.

MOSCOW (Sputnik) — Late on Monday, Reuters news agency reported that Russia deployed 22-member unit of special forces and several drones to an airbase in Egypt near the Libyan border, citing unnamed US and Egyptian military and diplomatic sources. The Egyptian Defense Ministry has already denied the reports.

"There are no Russian special forces in Sidi Barrani. Certain Western media have been stirring the public with such mud-slinging from anonymous sources for years," Maj. Gen. Igor Konashenkov said.

© Flickr / jez / Flag
Russia Did Not Send Military Experts or Drones to Airbase in Egypt – Lawmaker
Earlier in the day, Vladimir Dzhabarov, first deputy chairman of the Federation Council's Committee for International Affairs, told Sputnik that Russia has not sent military specialists and drones to an airbase in Egypt.

Libya has been torn apart by internal conflict since 2011, when the civil war broke out culminating in the demise of longtime leader Muammar Gaddafi.

In December 2015, the United Nations brokered the agreement to establish the Government of National Accord (GNA), which was meant to reconcile Libya’s rival governments — the Council of Deputies based in Tobruk and the Tripoli-based General National Congress. The GNA's Presidential Council was supposed to offer representation to members of Libya's conflicting groups, but the GNA has been struggling to make progress in truly uniting the country.

No Confirmation on Egypt's Participation in Astana Talks Yet - Foreign Ministry