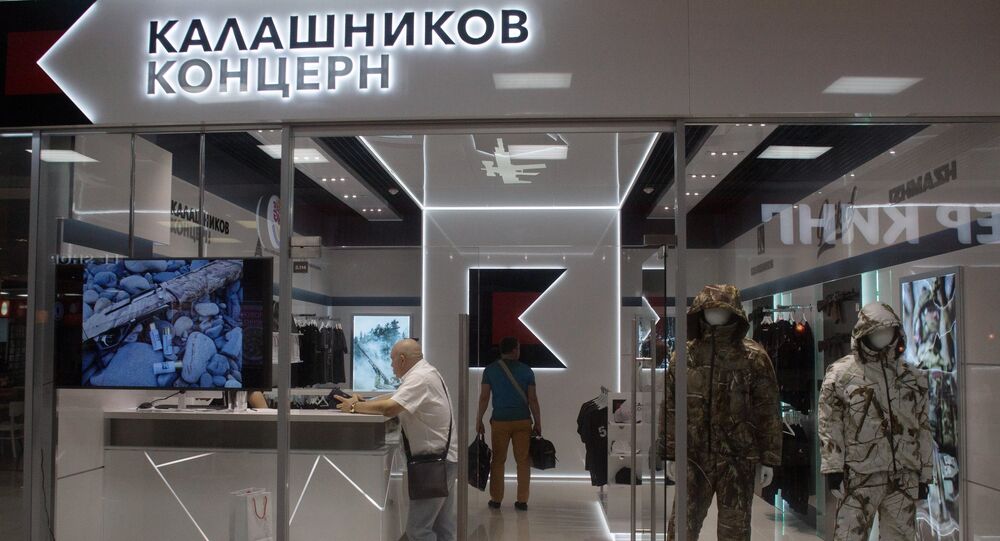 Russia's Rostec state corporation plans to complete a deal to sell 26 percent minus one share of the Kalashnikov firearms manufacturer by the summer, Rostec CEO Sergey Chemezov said in an interview Tuesday.

MOSCOW (Sputnik) — Kalashnikov Concern, founded in 1807, is one of the largest weapons manufacturing companies. The company's best known product is the Kalashnikov assault rifle, which is used in service of over 100 countries.

In 2015, Kalashnikov Concern CEO Alexey Krivoruchko announced his company's plans to produce drones, which he said would be used for border control, reconnaissance and special missions.

He said that the company is also planning the development and production of UAVs for the purposes of monitoring emergency situations and dangerous objects, as well as  geodetic research in harsh climate conditions.

"I think that the government will make a decision and give us consent to sell 26 percent minus one share within a month. I think that we will complete the deal in the summer," Chemezov told Rossiya-24.