On Monday, US President Donald Trump gave the CIA the green light to conduct drone strikes against suspected militants, according to the Wall Street Journal.

This new authority is a shift from a policy under former President Barack Obama that limited the CIA’s ability to engage in paramilitary activity, and may very well strain relations between the agency and the Pentagon.

As a part of Trump plan’s to ramp up the program to destroy Daesh, the agency first used it’s new secret power in late February, against a senior al Qaeda leader in Syria, Abu al-Khayr al-Masri, who was also the son-in-law of deceased al Qaeda leader Osama Bin Laden.

Masri’s death was made public, but until recently it was not known that the CIA carried out the strike. The agency’s power only applies to Syria at this point, but it is likely that they will engage in similar actions in countries like Somalia, Libya, Yemen, and other nations where Washington is trying to snuff out militants.

According to US officials, Trump gave the CIA this new authority only a day after being inaugurated, before Mike Pompeo had been confirmed as CIA director. The military will also be able to carry out missions without approval from the Pentagon and White House. 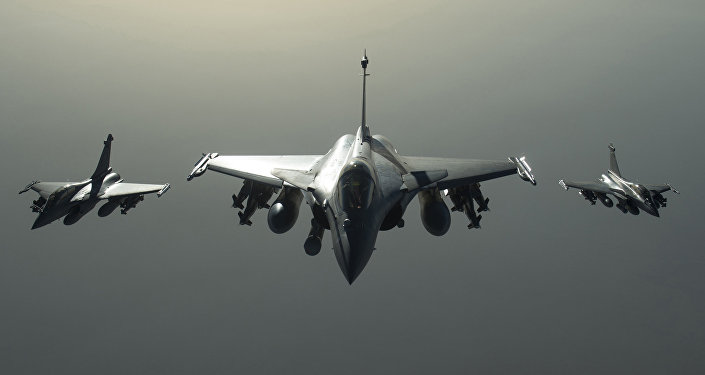 Christopher Anders, deputy director of the ACLU’s Washington office said,  "There are a lot of problems with the drone program and the targeted killing program, but the CIA should be out of the business of ordering lethal strikes," explaining that Pentagon approval for strikes increases accountability.

He added, "It does not mean the CIA cannot have a role in assisting in the use of force in locating targets, but that decision on whether to strike or not to strike and that order should be coming from through the military chain of command…The CIA should be a foreign intelligence gathering and analysis organization, not a paramilitary one."

Obama advocated for the Defense Department to conduct drone strikes in 2013, amid pressure from the ACLU and other human and civil liberties groups, but was met with opposition in Congress.

Trump Aide Says She Has No Evidence of Surveillance Claims