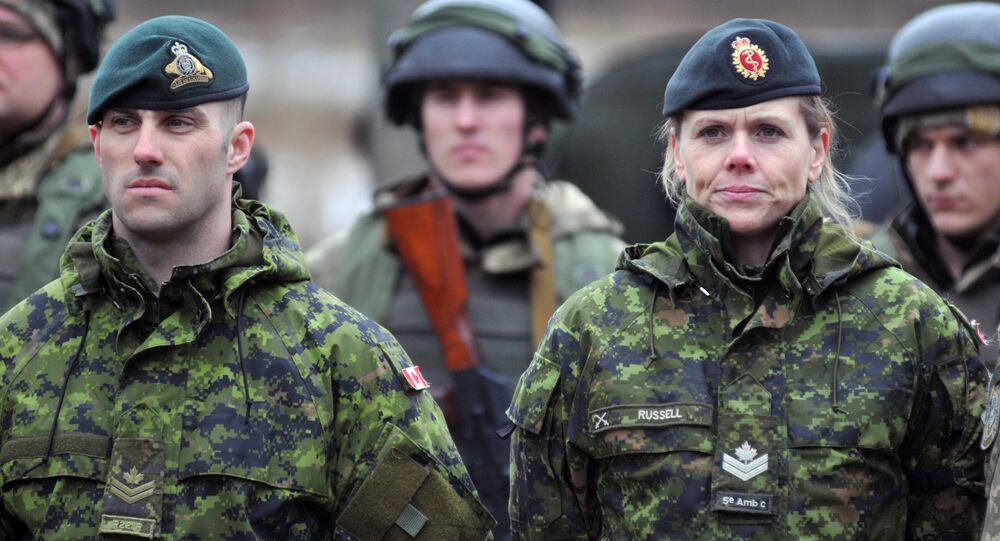 Moscow is concerned over Canada's decision to extend the stay of its military mission in Ukraine and over Canada's supplies of ammunition to Ukraine's Armed Forces, because the ammunition could later end up in the conflict zone in Donbass, Russian Foreign Ministry spokeswoman Maria Zakharova said Friday.

MOSCOW (Sputnik) — On March 6, the government of Canada announced it will extend its military training mission in Ukraine until the end of March 2019.

"We took seriously the decision of Canada to extend by two years the military mission in Ukraine… Instead of exerting pressure on Kiev to compel it to fully implement its obligations under the Minsk agreements, Ottawa frankly plays into the hands of supporters of a military solution of the situation in Donbass, and also condones the continuation of the bloodshed," Zakharova said.

In 2015, Canada first sent 200 troops to Ukraine under Operation UNIFIER to provide training and capacity-building assistance to the country's military forces.

© AFP 2020 / ANATOLII STEPANOV
Despite Talk of 'Diplomacy', Kiev is Likely to Continue Fuelling War in Donbass
The Donbass conflict erupted in April 2014 as a local counter-reaction to the West-sponsored Maidan coup in Kiev that had toppled President Viktor Yanukovych in February. Residents of the Donetsk and Lugansk regions held independence referendums and proclaimed the People's Republics of Donetsk and Lugansk. Kiev has since been conducting a military operation, encountering stiff local resistance.