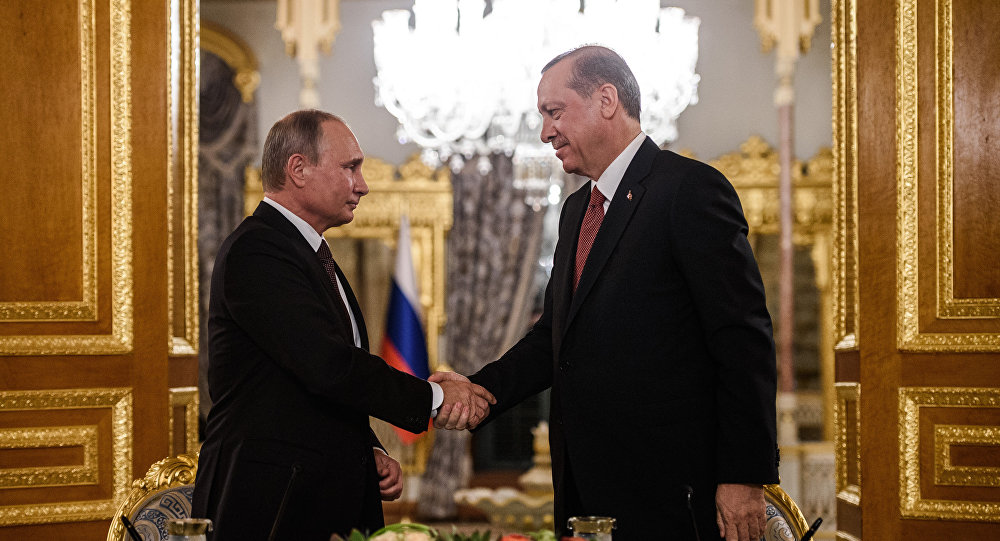 Putin, Erdogan Seek to Collaborate on Syrian Peace Accord

Russian President Vladimir Putin and Turkish President Recep Tayyip Erdogan are slated to meet Friday to begin diplomatic discussions after enduring long periods of highly-tense relations in recent times, and the Syrian conflict is likely to be at the top of the agenda.

“Turkey has multiple set priorities in Syria” that Erdogan is likely to discuss with Putin, political analyst Dimitri Babich told Radio Sputnik Loud & Clear host Brian Becker. “Turkey wants to weaken the Syrian government, it wants to defeat the Islamic State, but it also wants to prevent various Kurdish factions operating in the north of Syria from joining their forces, their territories that they control in the north of the country,” Babich said.

​Turks, Kurds, and other factions have recently been converging on the flashpoint town of Manbij. But while armed militants have prepared for battle, Russia has emerged as a peacemaker, attempting to reach a compromise with all sides, Babich said. Erdogan has a very “strange relationship” with the rest of the EU, Babich said, especially Germany, making Russia a better candidate to broker peace in a country ravaged by violence. Russia has attempted to provide “acceptable solutions,” Babich noted. 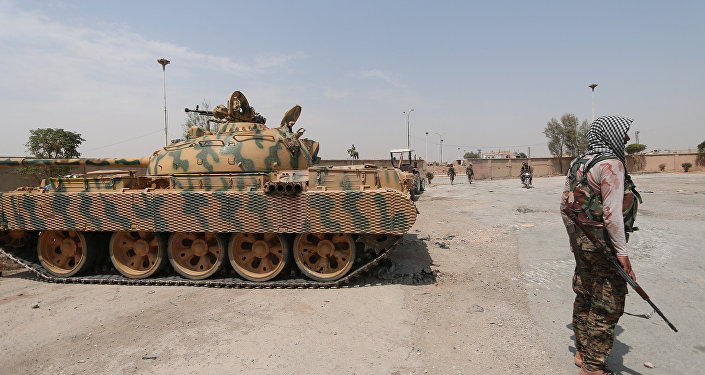 © REUTERS / Rodi Said
Manbij Buffer: How Moscow Just Saved Turkey, the US and the Kurds From Duking It Out in Syria

“The acceptable solution would be that the Syrian government take control of Manbij,” Becker said. “Under normal circumstances that would be normal but under these circumstances, it requires a third party,” Becker added.

“There is one clue I can give you,” Babich said, referring to upcoming talks between major players on how the Syrian conflict might finally draw to a close.  “The most moderate, the most peace-loving country is going to be the winner.”

Trade Between Turkey, Russia Increases for First Time Since 2014