Analysts question the DRDO’s promise in the backdrop of its record in keeping to its avowals.

"The company is focusing on the development of a long-endurance stealth drone and a near-space drone," said Wei Yiyin, China Aerospace Science and Industry Corp's deputy general manager and a member of the CPPCC National Committee, to China Daily. The company is expected to deliver the drone by 2020 and make it available for export as well.

This development comes after an announcement in February 2017 of China's biggest overseas contract for its Wing Loong II strike-capable reconnaissance unmanned aerial vehicle (UAV). China did not reveal who bought it, what size and for how much. The Wing Loong II was developed by the Chengdu Aircraft Design and Research Institute.

On the other hand, Indian defense research agency DRDO had begun receiving the first tranche of the budgetary fund from the central government since last May. Defense sources told Sputnik that life-size metallic model is expected to be completed in the next few weeks to understand its detection range and dry radar cross-section. The Indian government has decided to equip it with domestically-developed stealth capabilities.

Indian scientists are taking the help of French Dassault Aviation to bring advanced technologies and software to the Ghatak project. "Ghatak will be designed in such a way that it deflects the energy and can remain undetected," says sources. Meanwhile, if everything went according to plan, India's first combat UAV can only debut by 2025 while the Chinese company has a deadline five years ahead of it.

Analysts question the DRDO's promise in the backdrop of its record. "India desperately needs to have a good program for UAVs because China already has more than 1,500 UAVs and they are making 40-50 different types of UAVs. There are large numbers of manufacturers in China who are doing it, and, of course, till now, we are depending on Israeli systems," says Air Marshal (Retired) Anil Chopra. 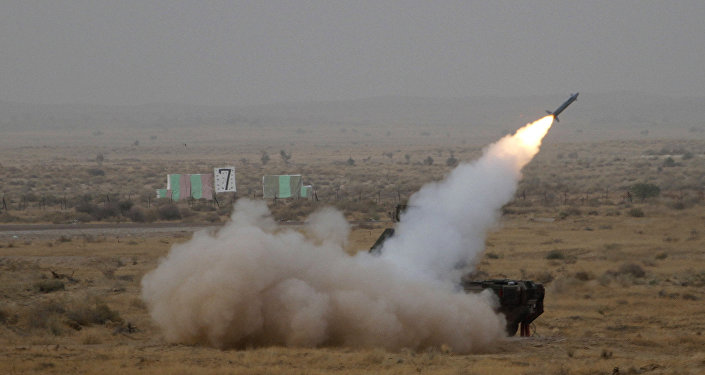 © AP Photo / Ajit Solanki
Indian Army To Invest $2.5B in Israeli Missile System
China has successfully sold its military drones to 10 countries and is in discussion with others for its Wing Loong II UAV apart from WJ-500, WJ-600 and WJ-600A/D military drones, which are already in the market.

"CASIC is also interested in near-space drones. Near space is that part of Earth's atmosphere at altitudes of 20 to 100 kilometers, encompassing portions of the stratosphere, mesosphere and lower thermosphere. It is above the top altitudes of commercial airliners but below orbiting satellites," claims China's missile maker.

India has planned various UAV programs like Rustam, Nirbhay which have been underway for many years. Few programs like Nishant did not taste success. India had carried out the maiden flight of two-ton TAPAS 201, a Medium Altitude Long Endurance (UAV last November.

TAPAS 201, a multi-mission UAV, is being developed to carry out Intelligence, Surveillance and Reconnaissance (ISR) roles for the three armed forces with an endurance of 24 hours. "TAPAS 201 is capable of carrying medium- and long-range optic sensors, synthetic aperture radar, electronic intelligence, communication intelligence, and situational awareness payloads for round-the-clock operations," said Indian defense ministry. This UAV is powered by two Russian NPO Saturn 36T turboprop engines rated at 100 hp each.