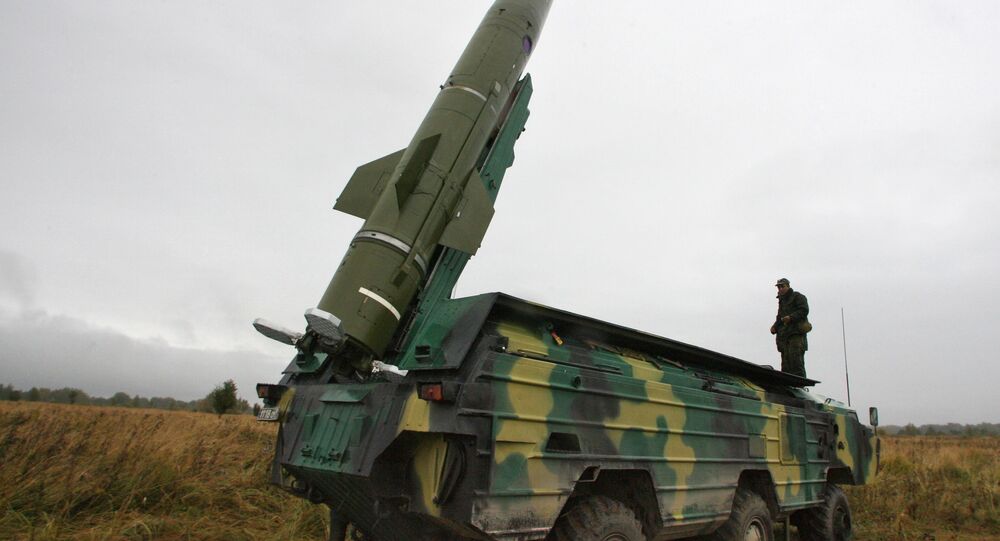 MOSCOW (Sputnik) — German Foreign Minister Sigmar Gabriel said earlier that Berlin was concerned over Russia’s "great military potential" in the Baltic region, as well as over the increase in the US defense spending.

"As for the statement that we are increasing the military disproportionately in the western regions of Russia, you know, we have different figures," Lavrov said at a press conference with his German counterpart.

© AP Photo / Alik Keplicz
'Provocation Against Russia': German Party Protests NATO War Games
The Russian diplomat instead proposed to look at the Euro-Atlantic security situation at the NATO-Russia Council and "take an inventory of what is deployed by whom and where."

On February 27, the US Office of Management and Budget announced that Donald Trump’s budget proposal would boost military and security spending by $54 billion with a corresponding reduction in all other discretionary spending.

Moscow will not to be drawn into an arms race but will take sufficient measures to strengthen its national security, the speaker of the Federation Council, the upper house of Russia's parliament, said in response.

© Sputnik / Igor Russak
From Katyusha to Iskander-M: Top-10 Legends of Russia's Missile Forces and Artillery
10
In October 2016, media reported that Russia had deployed Iskander-M mobile missile systems in its western exclave of Kaliningrad, which borders NATO members states, namely Poland and Lithuania. The Russian Defense Ministry's spokesman Igor Konashenkov confirmed the reports, saying that Moscow made no secret of sending the missile systems since their movement within the country was a standard army practice.

Lavrov told the CNN broadcaster in October 2016 that by placing weapons in Kaliningrad, Russia acts on its territory, while the United States placed weapons in Eastern Europe, which is not US territory.