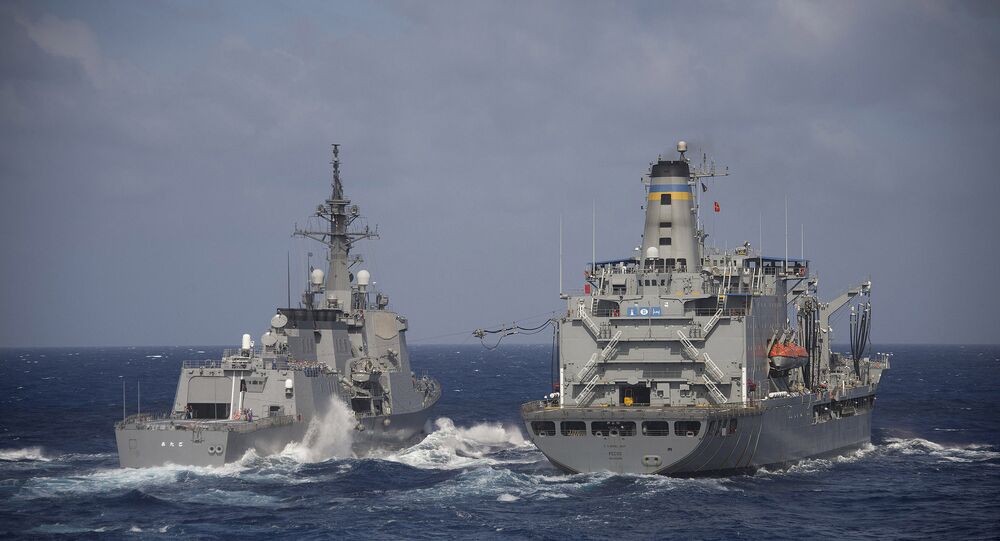 In the wake of intercontinental ballistic missile testing by the Democratic People’s Republic of Korea (DPRK), legislators in Japan are calling for the nation to adopt a new military posture against its nearby nuclear-capable neighbor.

Japan has long stated that its military policy evolved from a stance of self-defense. Since 1951, Japan has largely had its security guaranteed by the US, which operates bases around the Pacific, in northern Australia, and Okinawa, a Japanese prefecture.

“If bombers attacked us or warships bombarded us, we would fire back,” former defense minister Itsunori Onodera said during a Japanese committee meeting to discuss methods to defend against missiles from North Korea. "Striking a country lobbing missiles at us is no different."

One of Pyongyang’s main lifelines and only ally among major powers, China, called on the DPRK to halt missile testing to
"defuse a looming crisis," according to foreign minister Wang Yi in Beijing. Wang also recommended that South Korea and the US should end joint military drills. The US recently deployed a controversial missile defense system, the Terminal High Altitude Area Defense, in Seongju county, South Korea.

"China has missiles that can hit Japan, so any complaints it may have are not likely to garner much sympathy in the international community," the former defense minister noted. Regarding the switch in posture from ‘self-defense’ to considering the adoption of a ‘strike first’ policy, Onodera said that, "technology has advanced and the nature of the conflict has changed."

Fellow Liberal Democratic Party members echoed Onodera’s argument. “It is time we acquired the capability,” said Hiroshi Imazu, chairman of the party’s security council. "Without a deterrence, North Korea will see us as weak," he said. Some options include deploying Japan’s F-35s, a US-built fifth-generation fighter jet. Japan has ordered 28 joint strike fighters, but their delivery may not come soon enough. Imazu expressed uncertainty over whether the nation’s deterrence force would consist of ballistic missiles, cruise missiles, or F-35s.

For good measure, the US Marines have mobilized almost a dozen F-35Bs to a base in Japan some 40 km southwest of Hiroshima.

The growing North Korea threat has had leaders in Tokyo contemplating defense options, even if those discussions have not always been public. "We have already done the groundwork on how we could acquire a strike capability," an anonymous official familiar with Japan’s defense planning told Reuters.