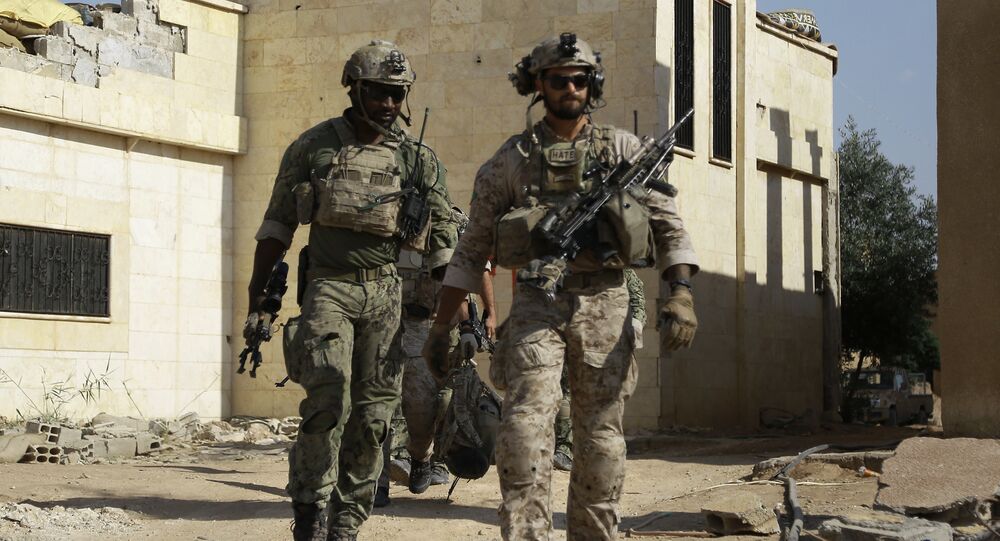 © REUTERS / US Navy
Lockheed Martin Wins $100 Million Contract to Boost US Navy Ship Sensors
WASHINGTON (Sputnik) — Revision Military has received a $98 million contract to produce more than 293,000 additional advanced combat helmets for the US Army, the Department of Defense said in a press release.

“Revision Military [of] Newport, Vermont was awarded a $98,111,803… contract for Advanced Combat Helmet Generation II (ACH GEN II), which includes the procurement of 293,870 production units,” the release stated on Tuesday.

The helmets, which will end up costing over $334 per unit, are to be provided over the next five years with an estimated completion date of March 6, 2022, the release added.

In May 2009, 34,218 Advanced Combat Helmets made by the Gentex Corporation were recalled as some screws attaching the chinstrap and other parts to the helmet did not conform to specifications in the contract.

The screws failed ballistics tests at extreme temperatures, according to published sources. Gentex alleged that its subcontractor had fabricated compliance certificates for the screws.