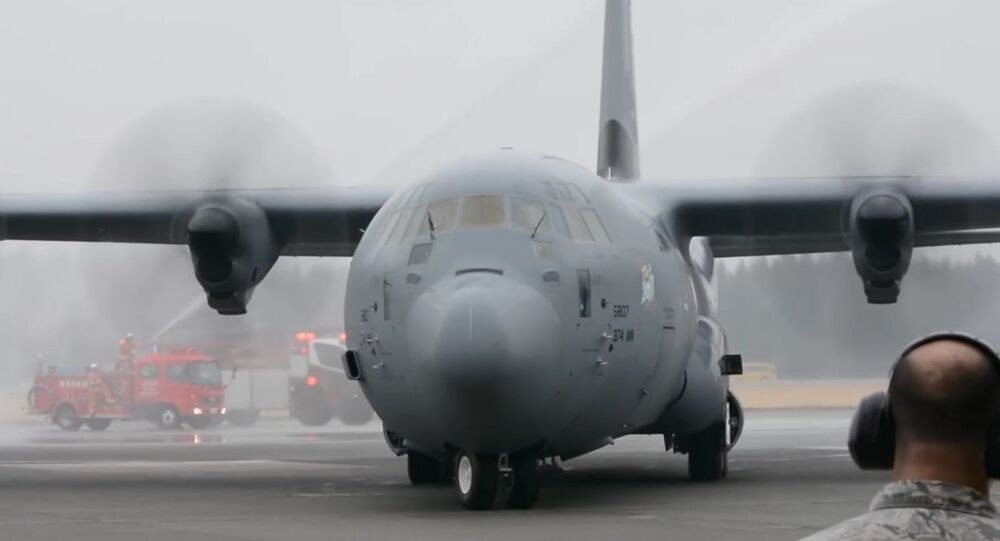 The first in a new generation of heavy-lift cargo aircraft, the C-130J Super Hercules, arrived to a raucous ceremonial welcome at Japan’s Yokota airbase, the US Air Force announced in a press release on Wednesday.

"The new aircraft, assigned to the 374th AW [Air Wing], will eventually replace the unit’s existing C-130H fleet, which has been in service for nearly 30 years," the release stated. "The transition is part of an Air Force-wide effort to modernize the entire active duty C-130 fleet."

In addition to carrying heavier payloads, the Super Hercules climbs faster and higher, flies farther at a higher cruise speed, and takes off and lands in a shorter distance than earlier models, the release noted.