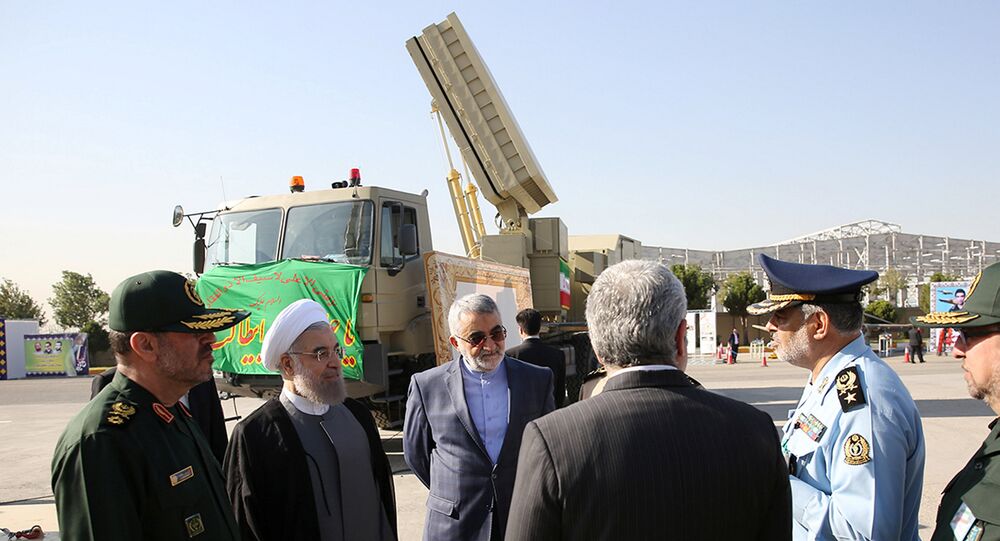 Iran's production of the Bavar 373 ground-to-air missile system is progressing well, but its capabilities are unlikely to rival the Russian S-300, editor of Russian magazine "Arsenal of the Fatherland" Viktor Murakhovsky told RIA Novosti.

"Work with the Bavar 373 complexes is progressing as planned, testing of the complex has been carried out. These tests will continue to be carried out until the complexes are delivered to their units," Khatami said, RIA Novosti reported.

The Bavar 373, which has similar characteristics to Russia's S-300 system, was unveiled in August 2016. The project was launched in February 2010, after Russia suspended a $900 million deal signed in 2007 to deliver the complex.

Russia stopped the delivery following UN Security Council resolution 1929 that banned the sale of weapons to Iran. In April 2015, during successful negotiations between Tehran and the 6+1 groups of countries regarding Iran's nuclear program, Russian President Vladimir Putin removed the embargo and Russia delivered the S-300 last year.

Editor of Russian magazine "Arsenal of the Fatherland" Viktor Murakhovsky told RIA Novosti that production of the Bavar 373 is in the experimental phase and as such the system is far from matching the capabilities of Russia's S-300 system.

"The S-300 is a system on another level, a long-range system which is developed and reliable. What the Iranians are doing is developmental work and the production of prototypes. Nobody knows the real characteristics of this complex yet, including the Iranian media. I wouldn't expect this complex to enter into service with the Iranian army in the next few years," Murakhovsky said.

The expert added that so far, Iranian developments in military equipment have been based on older equipment from the Soviet Union or the UK.

© AP Photo / Ebrahim Noroozi
In front of the portraits of supreme leader Ayatollah Ali Khamenei, right, and late revolutionary founder Ayatollah Khomeini, left, a long-range, S-300 missile system is displayed by Iran's army during a military parade marking the 36th anniversary of Iraq's 1980 invasion of Iran, in front of the shrine of late revolutionary founder Ayatollah Khomeini, just outside Tehran, Iran, Wednesday, Sept. 21, 2016
"I don't really believe that the Iranians have started making something from zero, taking into account their level of scientific and technical development. This is probably a creative copy of an old complex. We can see this based on the example of the Iranian anti-tank missile systems. One of them is almost a copy of the American TOW 2, which they received back then, and the second is a copy of the Soviet Konkurs. Exactly the same thing is happening with the air defense systems," Murakhovsky said.

Editor of "National Defense" magazine Igor Korotchenko told RIA Novosti that Iranian experts will find it difficult to copy such a complex system as the S-300. He referred to China's attempt to replicate the S-300PMU-1 with its FD-2000, which lacks the anti-interference capacity and range of the Russian model.

"I can say with absolute certainty that any attempts by foreign countries to clone or replicate the S-300 are doomed to fail. Even if they are able to produce something, the anti-air missile system will be very different from its Russian counterpart, and not in a good way."

Korotchenko recommended that the Iranians concentrate their efforts on obtaining more Russian surface-to-air missile systems rather than trying to build their own.

"If Iran is thinking about its security then it doesn't need to develop its own system, but continue to purchase Russian air defense systems, creating a layered system of national aerospace defense which will include firepower, radar and automated control systems," Korotchenko said.

On Friday, Iran released the first video of test strikes from its S-300 system. Judging by the reaction to the test, it appears the missiles hit their targets.

Russia's S-300 surface-to-air missile system has a range of up to 150 km and can hit targets at an altitude of up to 27,000 meters traveling at 2,800 meters per second. Its 92N6E multi-functional radar has a 400-kilometre range which is able to engage six targets simultaneously.

Russia Building Relations With Iran on Basis of National Interests