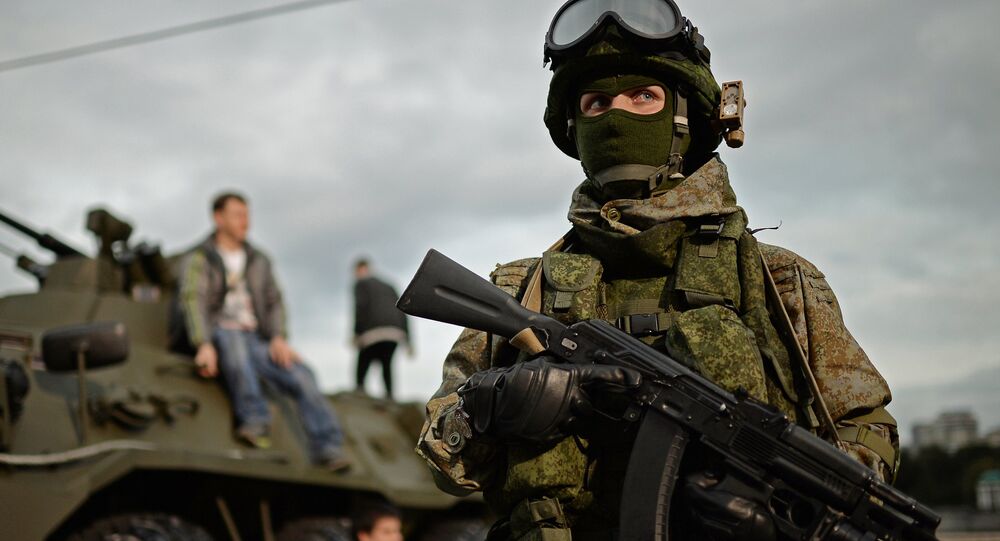 © Sputnik / Vladimir Astapkovich
Weapons of the Future: Can Robots Replace Humans on the Battlefield?
The new body armor however is going to be much more than just a layer of protective material designed to protect soldiers from bullets and shrapnel.

Oleg Martyanov, member of the Russia’s Military-Industrial Commission and former commander of Russian Special Operations Forces, told RIA Novosti that the new body armor is expected to not just protect its wearer from harm but also perform a whole range of useful functions.

"We’re talking about a single piece of equipment – for example, an armor vest – performing several functions at once. Such body armor will not only protect its wearer, but also act as a battery, a camouflage system and a two-way antenna," he said.

According to Martyanov, Russian engineers are now looking to integrate every piece of the serviceman’s gear – body armor, day and night vision systems, communication equipment and power elements – into a unified system. The development is being conducted as part of the ‘Future Defender’ program run by the Foundation for Advanced Research Projects.

"Research is being conducted in several spheres in order to integrate the soldier’s kit, weapon control systems and communication equipment into a single system. Several of these solutions will be used to upgrade the Ratnik infantry combat system – an amalgam of protection gear, small arms, communication and surveillance equipment, and other systems," Martyanov added.

All Russian Land Force Soldiers to Become "Terminators" by 2020