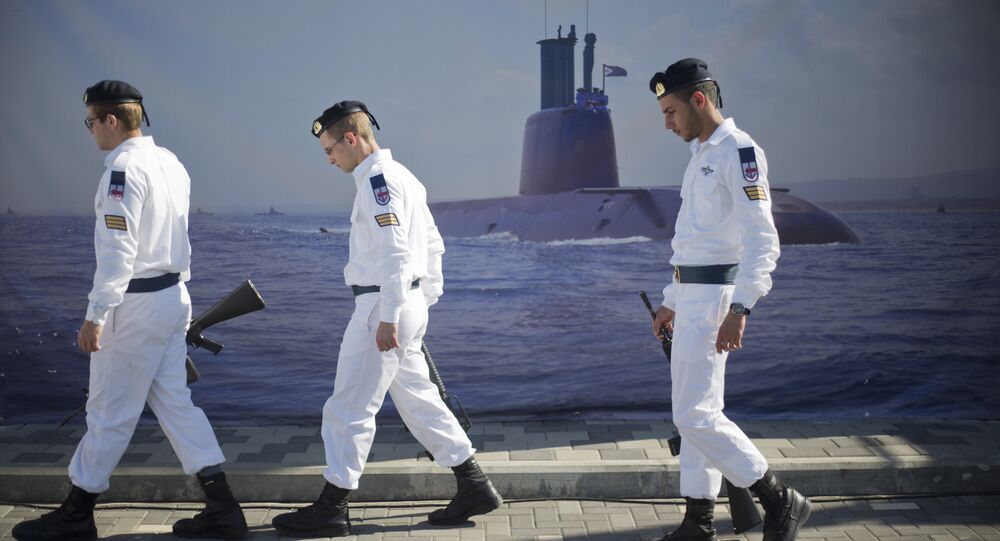 The investigation relates to a major conflict of interest at the heart of a multibillion-dollar submarine purchase by the Israeli government from German submarine manufacturer ThyssenKrupp.

© AFP 2020 / CHRISTIAN CHARISIUS / DPA
Shipyard workers and German soldiers attend the christening of the "U36" new submarine of the 212A class for the German Marine at the ThyssenKrupp Marine Systems shipyard in Kiel, northern Germany. (File)

No names have been released, but it's likely the investigation involves Netanyahu's personal lawyer, David Shimron — he simultaneously represented ThyssenKrupp and Netanyahu at the time of the sale.

The ministry stressed Netanyahu himself is not a suspect in this particular case, but the Prime Minister is currently being investigated in a number of corruption cases. Key accusations include Netanyahu accepting €1 million (US$1.1m) from French fraudster Arnaud Mimran during his 2009 election campaign, questionable foreign trips taken between 2003 and 2005, when he was Finance Minister, receiving gifts from Israeli businessman and Hollywood producer Arnon Milchan, and a secret deal with Amnon Moses, publisher of Israel's top-selling newspaper Yediot Aharonot.

Netanyahu rejected any charges of misconduct, and said he was the target of a campaign by political opponents.

Netanyahu on his upcoming Police investigation: "Hold you horses. Don't celebrate yet. There will be nothing, because there is nothing"

Netanyahu has long been the subject of scrutiny over his financial dealings and has been accused of using state funds to bankroll his family's lavish lifestyle. ​Netanyahu's wife Sara was questioned for nine hours in December 2016 on the subject of misused state funds, with questioning motivated by statements made to police by Meni Naftali, former caretaker at Beit Aghion, the official residence for the Israeli head of state in Jerusalem.

© REUTERS / Atef Safadi/Pool
Netanyahu in Hot Water After Israel, Germany Launch Investigation Into Submarine Deal
In February 2016, Naftali won a settlement against the Netanyahus for 170,000 Israeli new shekels (US$43,000) for nonpayment of overtime wages and poor treatment.

Authorities also revealed at the time that Gil Sheffer, former Netanyahu chief of staff, had lodged a sexual assault complaint against him.

Netanyahu, 67, has been in power intermittently since 1996. Currently in his fourth term, and will become Israel's longest-serving leader if he stays in office until the end of 2018.

He is not the first leading Israeli politician to be questioned on "graft" charges. Ariel Sharon was questioned while in office in 2004 over corruption allegations.