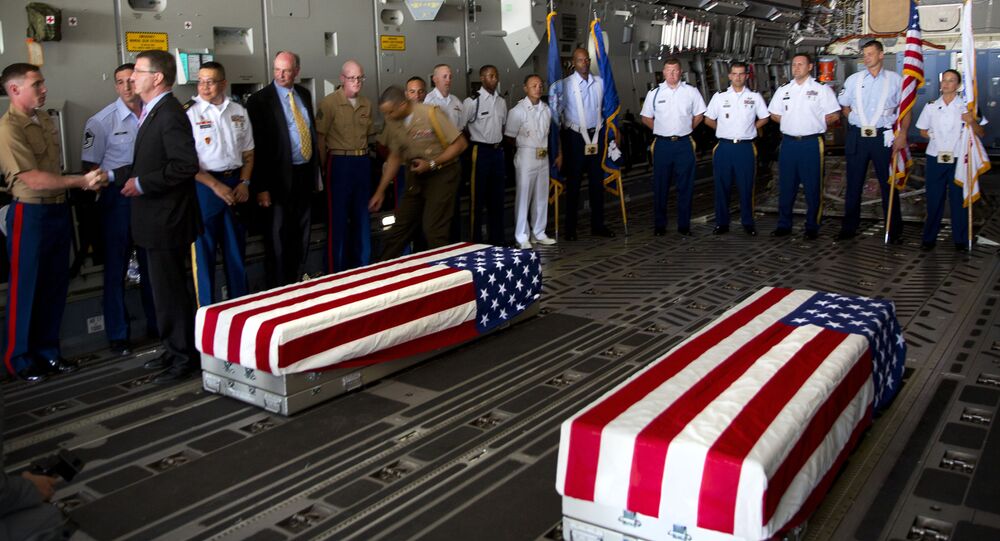 The father of a Navy SEAL killed during a US raid in Yemen has refused an invitation to meet with President Donald Trump, who authorized the strike. The dead soldier’s father criticized the raid as unnecessary and 'stupid,' and is demanding a military investigation.

Chief Petty Officer William "Ryan" Owens, a 19-year Navy veteran and father of three, was the sole US casualty in a January 29 attack on the village of Yakla, in Yemen. The raid targeted an influential tribe in the region that was believed to have been sympathetic to Al Qaeda in the Arabian Peninsula (AQAP), and also to gather intelligence on future AQAP movements, as well as, according to speculation, to kill or capture AQAP leader Qasim al-Raymi.

The night raid became into a bloody gunfight as US ground and air forces found themselves engaged with AQAP fighters and local tribesmen. Pentagon figures place the casualties at 14 AQAP militants and 16 civilians, but these figures are disputed. Al-Raymi was not among those killed, nor was he captured.

Owens was wounded during the battle, later dying from his injuries. His father, Navy veteran Bill Owens, told the Miami Herald that the President offered a meeting but he refused to go. "I'm sorry, I don't want to see him," Owens said to a chaplain who informed him that Trump would be there for the return of Owen's body to US soil. "I told them I don't want to meet the President."

The elder Owens, a Navy veteran and retired Fort Lauderdale detective, has publicly questioned the wisdom of the raid. "I told them I didn't want to make a scene about it, but my conscience wouldn't let me talk to him," Owens told the Herald. "Why at this time did there have to be this stupid mission when it wasn't even barely a week into his administration? Why?"

"For two years prior, there were no boots on the ground in Yemen — everything was missiles and drones — because there was not a target worth one American life. Now, all of a sudden we had to make this grand display?"

White House spokeswoman Sarah Huckabee Sanders responded to Owen's statements on ABC's "This Week." "As a parent, I can't imagine what this father is going through," she said, "I think every American owes his son a great deal of gratitude. We are forever in his son's debt. I know that he paid the ultimate sacrifice when he went on that mission."

Sanders added that Trump would most likely support an investigation into the raid. She also defended the raid as necessary. "The mission has a lot of different critics, but it did yield a substantial amount of very important intel and resources that helped save American lives and other lives," she said.

Shortly after the raid, White House spokesman Sean Spicer said that Trump had a "somber and lengthy" conversation with unidentified relatives of Owens. "My deepest thoughts and humblest prayers are with the family of this fallen service member," Trump said, in a statement.

The White House stirred  controversy, however, after Arizona Senator John McCain criticized the mission as a failure. responding to McCain's comments, Spicer said, "[the mission was] absolutely a success, and I think anyone who would suggest it's not a success does disservice to the life of Chief Ryan Owens. He fought knowing what was at stake in that mission. And anybody who would suggest otherwise doesn't fully appreciate how successful that mission was."

Rear Admiral Tim Szymanski, who commands the SEALS, issued a statement describing the younger Owens as an "exceptional SEAL — an experienced warrior and a highly respected teammate who served silently, nobly and bravely through several combat deployments. Ryan's legacy strengthens our own resolve and commitment to this crucial fight."