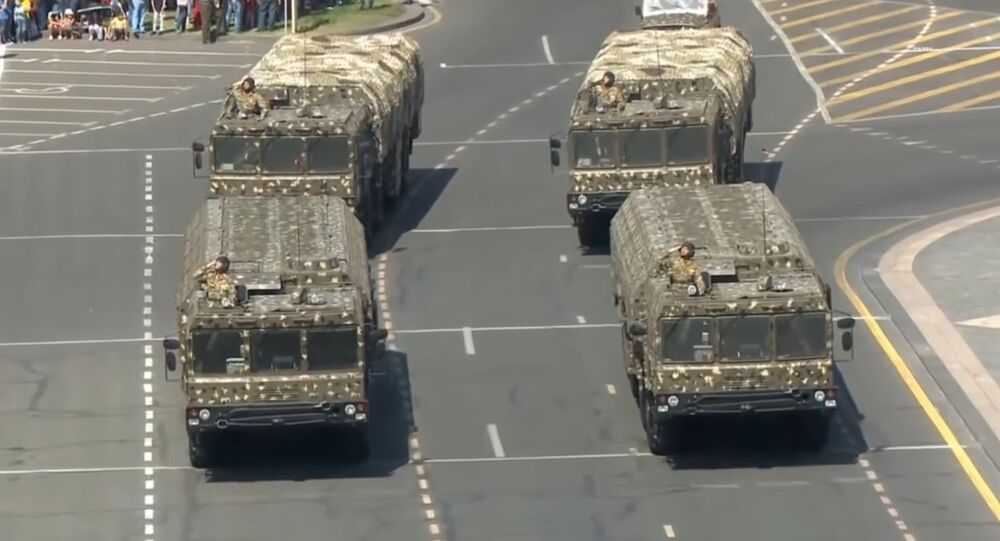 Armenia's Decision to Deploy Iskander Missiles to Depend on 'Developments'

"The fact that Iskanders were delivered to Armenia I think is obvious, because everyone clearly saw them. The fact that they belong to the Armenian Armed Forces I can confirm with absolute certainty," Sargsyan said.

The minister said other questions are classified as "top secret," including "when, how much, what payment terms and others."

"We do manage them, we are own them. This is where I can open the veil of secrecy for you," Sargsyan said.

Armenia's decision whether to deploy Russia's Iskander missile systems in the country will be tied to "developments," Sargsyan said.

"I can present the algorithm. The function and characteristics of this weapon enable to cause irreparable damage to the infrastructure of the country against which it is used. So, the decision to use Iskanders will be closely linked to the development of the situation," Sargsyan said.

The defense minister noted that although the Iskander systems were considered to be a deterrent weapon, they could be used as "a guaranteed strike weapon if the necessity arises."

"It is obvious that the situation may dictate revision of such approaches," he added.

Iskanders were first demonstrated on September 21 at a military parade in Yerevan marking the 25th anniversary of Armenia's independence. They were reportedly adopted by Armenia's Armed Forces earlier and were put on combat alert during the escalation in Nagorno-Karabakh in April 2016.