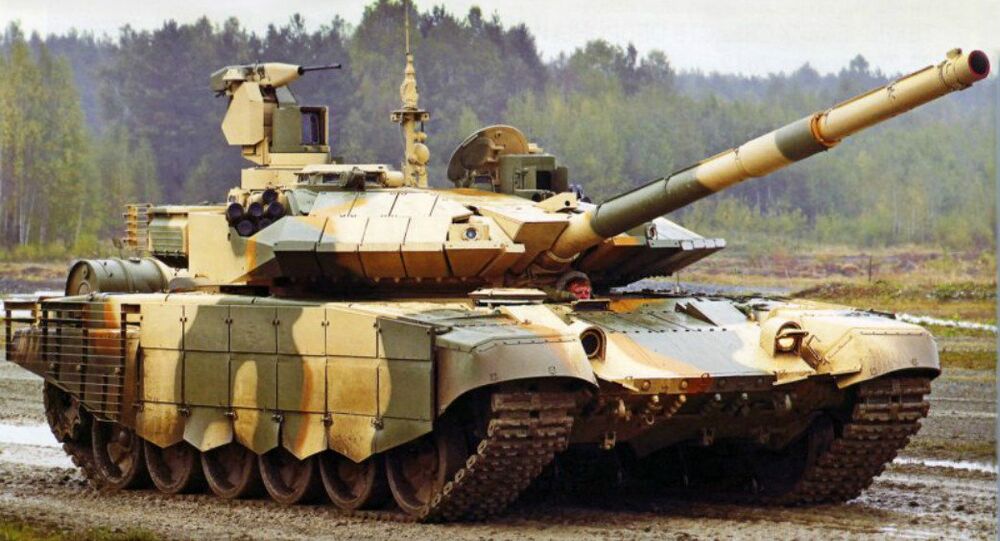 Russia will supply T-90MS battle tanks to a country in the Middle East.

ABU DHABI (Sputnik) — Russia signed a major contract for the supply of T-90MS tanks to a country in the Middle East, Russian Industry and Trade Minister Denis Manturov said Monday.

The T-90MS, also referred as Tagil, was first unveiled in 2011. It was proposed for the Russian Army and possible export markets, including India.

© Photo : UKBTM
Lock and Load! Armata Endows Russia's Main Battle Tank With Deadly Cannon
T-90MS tank is the modernized version of a T-90S main battle tank. The tank is operated by a crew of three. Its main armament includes a 125-mm cannon and a 7.62-mm antiaircraft machine gun.

In November 2016, the Indian authorities approved a deal with Russia on the purchase of 464 T-90MS tanks. India is also manufacturing T-90S tanks under license, which has been extended by Moscow earlier in the month.