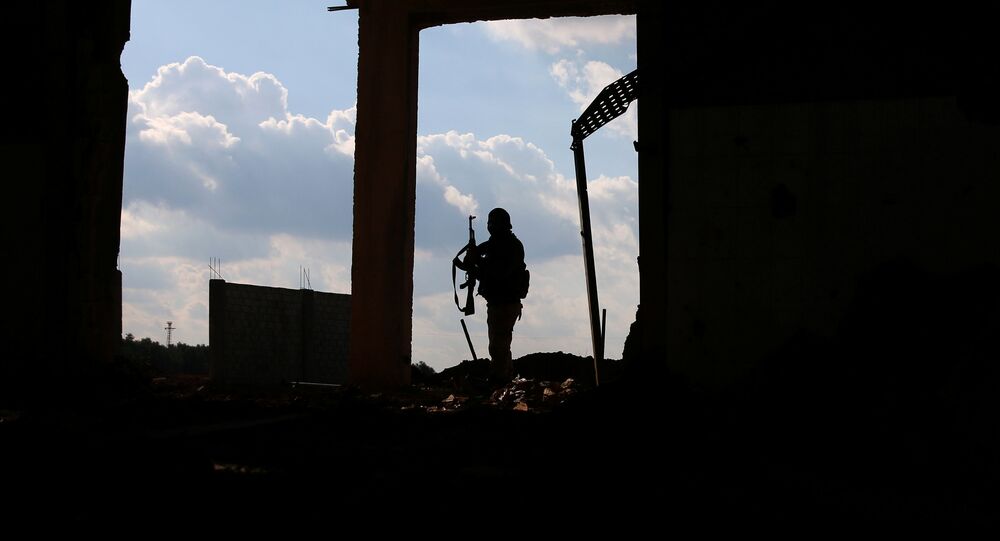 Even if Pentagon Sends Troops to Syria, Proxies 'Will Do the Bulk of Fighting'

The Pentagon is rumored to be contemplating sending ground troops to Syria. Even if the Trump administration goes ahead with this plan, US service personnel is unlikely to be the one doing the bulk of fighting, Radzhab Safarov, head of the Russian Center for Modern Iran Studies, told Vzglyad.

Should Washington put boots on the ground in Syria, it "will most likely delegate key responsibilities to the groups the US backs. Perhaps, they will create a new 'coalition.' The US will probably involve the Free Syrian Army (FSA); perhaps some Kurdish militias. In addition, they will involve armed forces of the Gulf countries. They could also reach certain agreements with Turkey, but this is highly unlikely since Ankara will not tolerate working together with the Syrian Kurds," he said.

President Recep Tayyip Erdogan and his supporters maintain that the Syrian Kurds, primarily the Democratic Union Party (PYD) and its armed wing, the People's Protection Units (YPG), are affiliated with the Kurdistan Workers' Party (PKK), an organization which Ankara considers to be a terrorist group. As a result, Turkish authorities oppose any assistance to Kurdish fighters in Syria.

© REUTERS / Ammar Awad
US Plans to Send Troops to Syria 'May Cause Problems'
For its part, Washington has relied extensively on the Kurds in its anti-Daesh efforts, much to Turkey's discontent. The Syrian Democratic Forces (SDF), largely made up of the YPG, have often been named as the key force in the operation aimed at liberating Raqqa, the so-called capital of Daesh's caliphate. However, Ankara is trying to prevent this from happening. Erdogan recently said that the Turkish military and its local allies will proceed to push Daesh out of Raqqa once the Syrian border town of al-Bab is fully liberated.

Sergey Balmasov, an expert on the Middle East Institute at the Russian International Affairs Council, shared these sentiments, pointing to the Kurds as the Pentagon's natural ally.

"Apart from the Kurds, there are numerous groups which say that they are affiliated with the Free Syrian Army. Perhaps, the United States will support them," he said.

These comments came in response to unconfirmed reports that the Pentagon might recommend the White House to deploy conventional ground combat forces to Syria as part of a larger strategy to defeat and destroy Daesh. US President Donald Trump has directed US Secretary of Defense James Mattis to devise a viable strategy to put an end to the brutal group which must be presented to the administration by the end of February.