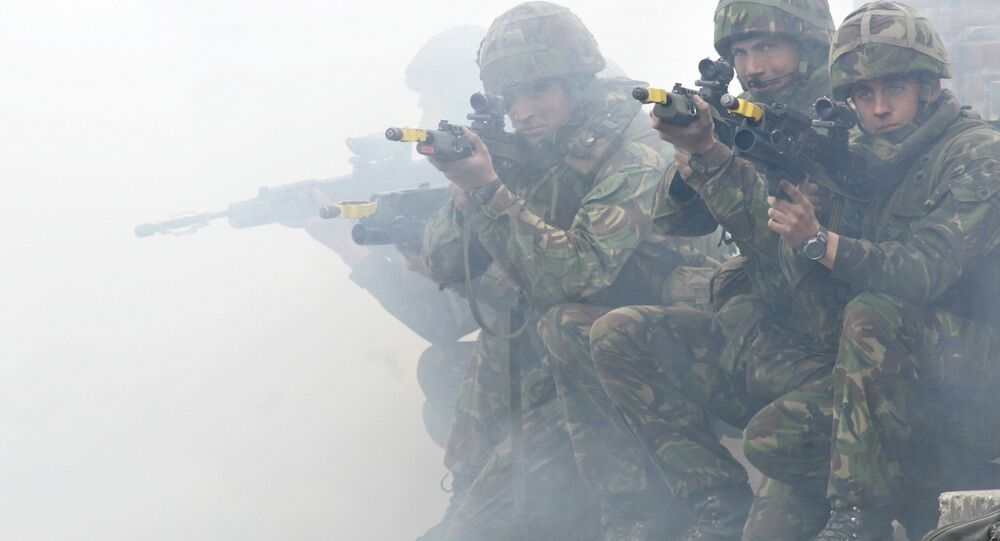 The UK defense secretary urged NATO member states to step up their spending to ratchet up the military bloc's might.

MOSCOW (Sputnik) — UK Defense Secretary Michael Fallon called on NATO members on Wednesday to increase their defense spending, as well as step up funds on new equipment to strengthen the alliance's capability to combat modern challenges.

"NATO has been a guarantee of mutual security for more than half a century. Britain is now calling for our partners to step up and share burdens on spending and help it become more agile in dealing with new threats including cyber and terrorism," Fallon said following his first meeting with US Defense Secretary James Mattis at the NATO Ministerial, as quoted in the statement published on UK government website.

© AP Photo / Virginia Mayo
NATO 'Remains Fundamental Bedrock for US, Transatlantic Community' - Mattis
Fallon pointed out that it was necessary to back up NATO's "operational and exercise commitments with investment in new equipment" to deal with security threats.

Fallon's call on defense budget increase came a day after the International Institute for Strategic Studies (IISS) issued a report, saying that the United Kingdom was not meeting the NATO requirement to spend two percent of GDP on defense. The report also pointed out that only two European states, namely Greece and Estonia, met the requirement, while the United Kingdom was spending about 1.98 percent of GDP due to its economy growing faster in 2016, than its defense spending.

The UK Defense Ministry refuted the IISS report, stressing that NATO statistics "clearly showed" that the country was spending over 2 percent of its GDP on defense. According to the ministry, the UK defense budget was considered to be the second largest in NATO and was steadily growing every year.

The UK Ministry of defence
Reasons Why NATO 'Spared No Expense' on Its Promenade With Russia's Admiral Kuznetsov
In January, UK Prime Minister Theresa May promised US President Donald Trump, who repeatedly called for alliance's fair funding and warned of decreasing US support to the bloc, to encourage other European allies to meet the defense spending target.

NATO set a two-percent target of defense spending in 2006. Last year only five out of 28 NATO member-states met the alliance’s spending goal — the United States, the United Kingdom, Greece, Estonia and Poland.

How Europe Can Keep the US 'Engaged in NATO'