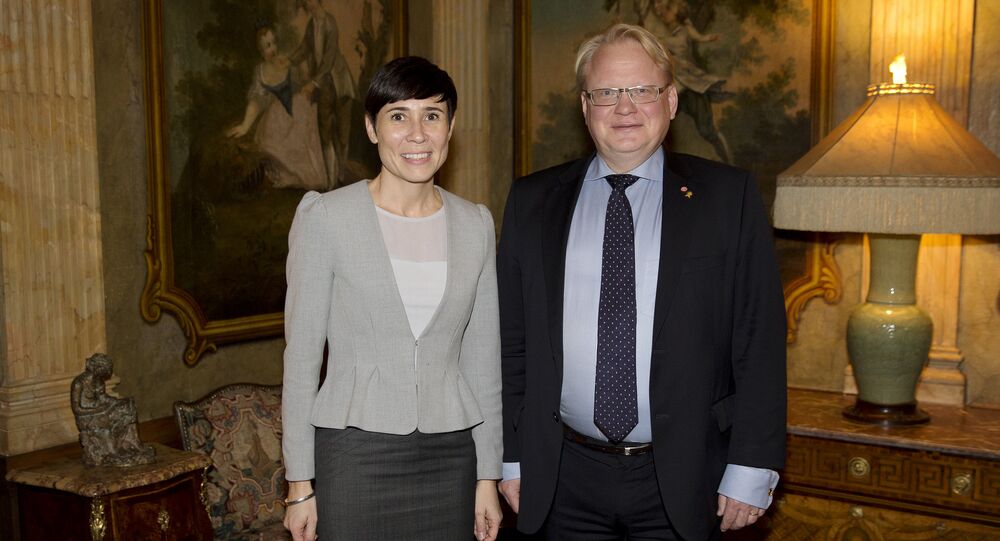 Hultqvist and Søreide argued that Europe in general and the Nordic region in particular were facing major security challenges which have not been witnesses since the Cold War, citing the ongoing conflict in eastern Ukraine and Crimea's re-unification with Russia, which they insist on calling an "illegal annexation."

"Russia has shown its willingness and ability to use military force in a different way than before. Russian security is again being dominated by power politics and spheres of influence," Hultqvist and Søreide wrote, citing "provocative" behavior on Russia's part in the Baltic Sea region, without providing any examples.

© Photo : Pixabay
Half of Swedes Intimidated by Government's Tall Tales of Russian 'Threat'
According to Hultqvist and Søreide, the modernization of the Russian armed forces is seen as a threat, specifically Moscow's development of long-range precision weapons, ability to perform complex operations and strategic mobility.

Efforts to protect the two countries' maritime traffic and major hubs such as Gothenburg, Sweden, which accounts for a significant proportion of Swedish and Norwegian imports, were called pivotal steps to protect Norway and Sweden.

Hultqvist and Søreide stressed that the strengthened Swedish-Norwegian cooperation was based on common values and fully complied with guidelines for the pan-Nordic defense cooperation NORDEFCO (which involves all the five Nordic nations), as well as NATO, the UN and the EU.

The security dialogue between the two countries will therefore deepen to include opportunities for enhanced crisis management. Hultqvist and Søreide also stressed the importance of sharing experience with total defense (a comprehensive defense concept utilized by the Nordic nations) as well as general conscription (which once again signals Sweden's coming reintroduction of the draft). Additionally, defense attaché headquarters in Stockholm and Oslo will be re-established to ensure the continuous exchange of security information.

© Wikipedia / Mark Harkin
Surprise! Norway Surveils Russia More Than Vice Versa
Sweden and Norway will also step up practical collaboration on joint maneuvers, such as the Aurora exercise in Sweden and Trident Juncture in Norway, as well as the pan-Nordic Artic Challenge Exercise.

In the grand finale, Hultqvist and Søreide stressed the strengthened cooperation between NATO and the EU and called the United States a key element in the stabilization of the Nordic region and Europe.