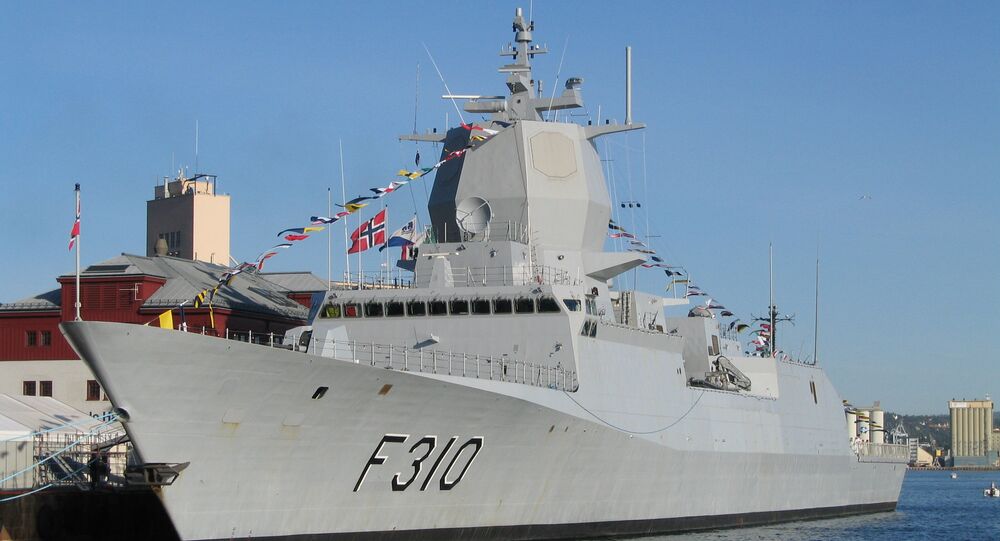 While Norway prepares itself for a thorough defense update, its armed forces have been lumbered by snowballing problems with materials. Of late, serious deficiencies have been uncovered in Norwegian frigates, which significantly reduces their operation abilities and leads to "cannibalization."

© Photo : Holder Tractors
Situation Norway, All Trucked-Up: Oslo Attempts to Justify Army Vehicle Spending
A recent report by the Office of the Auditor General of Norway (OAG) has unearthed major deficiencies in regards to the vessels' technical conditions, access to spare parts, staffing and the level of crew training. Additionally, a large backlog in maintenance was also revealed, Norwegian national broadcaster NRK reported.

According to Foss, the situation varies from vessel to vessel, but there are critical issues in all of them. The main problem is that the frigates are in need of regular overhaul while the supply of spare parts is insufficient and inadequate. Therefore, the Norwegian Armed Forces have to resort to extensive "cannibalization," that is removing parts from one vessel to use them in another.

"They rummage one vessel for parts to use them in another, that's how bad it is. It's what the defense calls 'cannibalization,' and it is lamentable. It shows that the system is not working," Per-Kristian Foss told NRK.

© Photo : NHIndustries
Rough Sea Renders Useless Norway's Soon-to-Be-Delivered Helicopters
OAG described systematic lack of weapons as the biggest problem. The frigates would namely be equipped with NH90 helicopters, which were projected to become an important weapon against submarines. However, the helicopters will only be delivered by the end of 2021 at best, which is more than a decade overdue. Additionally, critical errors were found in the helicopters earlier this year, which allegedly rendered them incapable for service during rough seas.

The frigate problem is in fact nothing new as came first into focus in 2013, when Aftenposten revealed that the Otto Sverdrup was unable to sail as a warship as it was constantly ripped apart for spare parts.

A formal report on the shortcomings of the Navy's prized frigates was first sent to parliament in June 2016. However, it never reached a broad public, since its content was classified by the Defense Ministry. Nevertheless, Norwegian media highlighted the perennial lack of spare parts and personnel, which led to a marked drop in sailing days.

"The point of the vessels is to sail, not to lie in port," Foss commented, venturing that the Ministry of Defense failed to address the problem.

© Photo : press-service of JSC PO Sevmas
Norway Arms Itself to Deflect Difficult-to-Detect Russian Subs
Anniken Huitfeldt, who chairs the Foreign Affairs and Defense Parliamentary Committee said that she expected the Defense Ministry to take reasonable steps to ensure that the frigates are fully operational.

Norwegian Defense Minister Ine Eriksen Søreide ensured that today up to four frigates can sail simultaneously owing to budget increases and a specific emphasis on the problem by the Navy.

The five Nansen class frigates (KNM Fridtjof Nansen, KNM Otto Sverdrup, KNM Roald Amundsen, KNM Thor Heyerdahl and KNM Helge Ingstad) were purchased between 2006 and 2011 for over 19 billion NOK ($2.3bln) in hope to become the backbone of the Norwegian Navy. According to the master plan, three vessels are to be constantly operational, with one used for training and another one for maintenance. The vessels are 134 meters long, 16.8 meters wide and maintain a cruising speed of 26 knots.