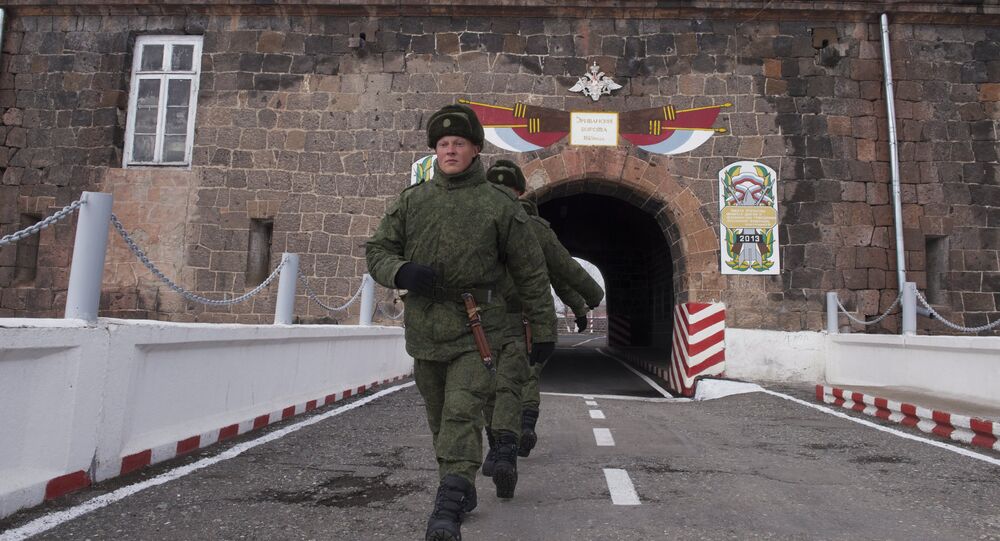 Azerbaijan 'Taking Into Account' Russian Military Base in Armenia

The presence of the Russian military base in Armenia is Moscow’s and Yerevan’s business, but Baku is taking it into account, Azerbaijani Foreign Minister Elmar Mammadyarov told RIA Novosti.

© AP Photo / SERGEY PONOMAREV
Russia Reinforces Base in Armenia With Attack, Transport Helicopters
BAKU (Sputnik) – The Erebuni base was formed in 1995 and the MiG-29 Fulcrum multirole fighters were deployed there in 1998, according to the Russian Defense Ministry. In July 2001, the units at Erebuni were incorporated into an air division of the Russian 102nd Military Base in Gyumri, Armenia.

Russia has reinforced its military base in Armenia with attack and transport helicopters, the Defense Ministry said earlier.

Russia Reinforces Base in Armenia With Attack, Transport Helicopters