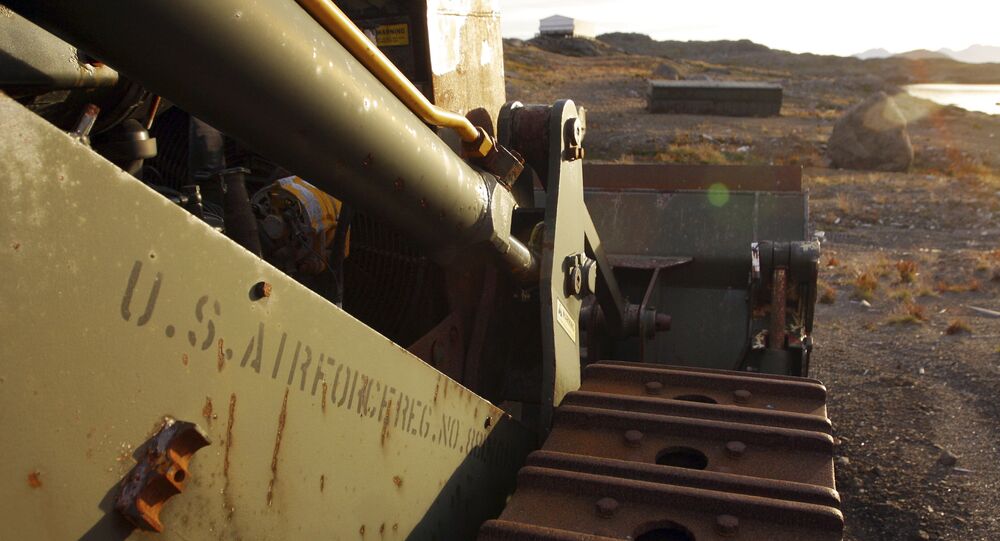 NASA has published a map of the melting Greenland ice cap which currently covers a former top-secret US base stocked with tons of nuclear waste; scientist fear the radioactive toxins may leak into the ocean as early as 2090.

© Photo : Pixabay
Melting Greenland Ice to Stop Gulf Stream, Plunge Europe Into Cold
NASA's Earth Observatory has published a map of Greenland's melting glaciers. In addition to raising ocean levels, scientists warn that the glacial erosion could expose Camp Century, a top-secret US base loaded with nuclear waste. The map specifically shows how the ice around the base could melt away by 2090.

Officially, the base was built to provide the US with a laboratory for Arctic research projects, but it was also home secretly-deployed US nuclear missiles.

According to Earth Observatory' website, the map shows "changes in surface mass balance—the net change between the accumulation and ablation of ice and snow on a glacier's surface."

Camp Century: Put on Ice, But Only for So Long https://t.co/XAVTPE1U8Q #NASA pic.twitter.com/pz6uVzvhoy

"Deeper red areas signify places where the ice surface is likely to drop by three or more meters (10 feet) per year. Blue areas indicate slight net gains in ice cover; white indicates no change. The pale pink area around Camp Century suggests that by 2090 or so, the area would start to see ice losses," the website said.

Camp Century accommodated up to 200 soldiers in a network of tunnels, containing everything from research facilities to a hospital, a cinema and a church — all powered by a nuclear reactor.

Camp Century was built in 1959 as part of Project Iceworm, a classified US Army program that was aimed at building mobile launch sites for medium-range nuclear ballistic missiles capable of reaching targets in the Soviet Union in the event a nuclear war.

The base was supposed to be a system of tunnels 4,000 kilometers in length that would store 600 modified Minuteman missiles. The actual facility contained 3,000 kilometers of tunnels, a hospital, a shop, a theater and a church.

© Photo : Sergey Anisimov, http://www.mamm-mdf.ru/
Greenland Pushes Denmark to Clean Up Dangerous American Military Junk
However, since US scientists found that the Greenland glacier was shifting at a much higher pace than expected, the base was effectively abandoned in 1967, after only three years in operation.

Left behind were at least 200 tons of diesel fuel, about 240 tons  of sewage and other wastewater as well as and radioactive coolant used in the nuclear reactor that was used in Camp Century.