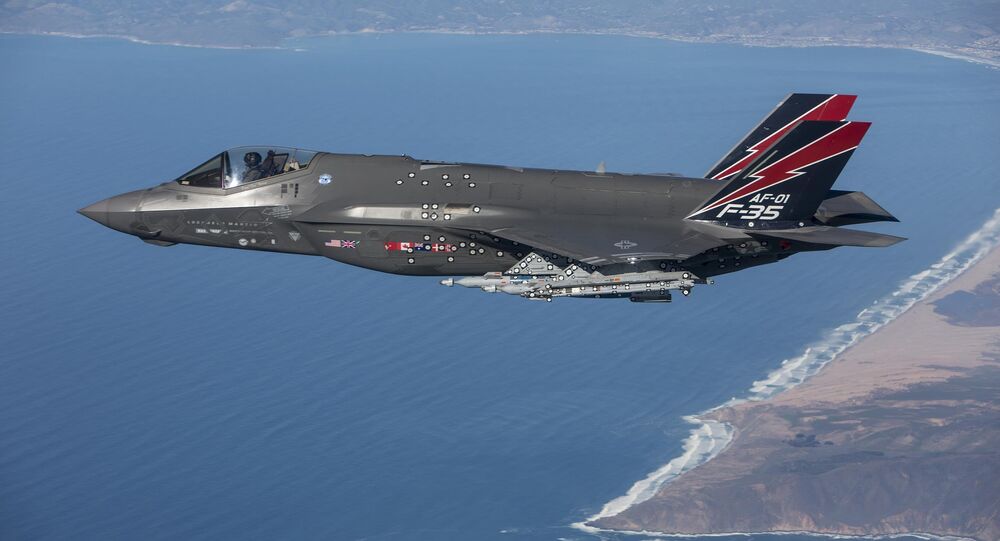 The US Air Force (USAF) has stripped a retired general of two of his stars after he was found guilty of raping a lower-ranking female officer while he was still in service. It is the first time in the USAF’s history that a four-star general has been prosecuted.

Arthur Lichte, 67, a USAF four-star general, retired from military service in 2010. A female colonel reported in 2016 that Lichte "used his power to coerce sexual contact" between them on three occasions between 2007 and 2009.

Lichte admitted to having sex with the female colonel, but claimed that their relationship was consensual. The USAF ruled in favor of the woman.

© Wikipedia / Public Domain
Arthur Lichte, the Only Four Star Air Force General to Ever be Prosecuted for Rape.

As more than 5 years has passed since his offense, Lichte is not eligible to be court-martialed. However, the USAF was able to undertake administrative punishment.

The Officer Grade Determination Board (OGDB), a panel that decides at what rank officers may retire, based on the merit of their service, ruled that Lichte's last satisfactory service was at the rank of a two-star Major General.

Stripes.com called the case "the most significant sexual-assault case involving a general in modern military history."

Lichte enrolled in the Air Force in 1971. He has over 5,000 flying hours recorded and has received numerous commendations, including the Defense Superior Service Medal and the Legion of Merit.

He served in numerous positions in the Air Force administration, most notably as assistant vice chief of staff and director at the USAF headquarters. It was during this assignment that the first incident of sexual assault occurred.

His final assignment before retiring was to command the Air Mobility Command (AMC), a support branch of the Air Force, whose primary missions include airlifts, aerial refueling, and humanitarian objectives.

The Pentagon estimates that 19,000 US service members are sexually assaulted annually, and less than a third report the abuse. One of the main reasons for the underreporting, according to the RAND Corporation, is because 62 percent of military service members who report sexual assault experience retaliation from their superiors.

Air Force blog John Q. Public speculated that the case is "likely to renew Congressional interest in military justice reform." In 2014, the Military Justice Improvement Act, meant to improve the handling of sexual assault cases in the military, failed to pass the Senate by five votes. A 2015 version failed by 10 votes. No version of the bill made it to the Senate floor in 2016.