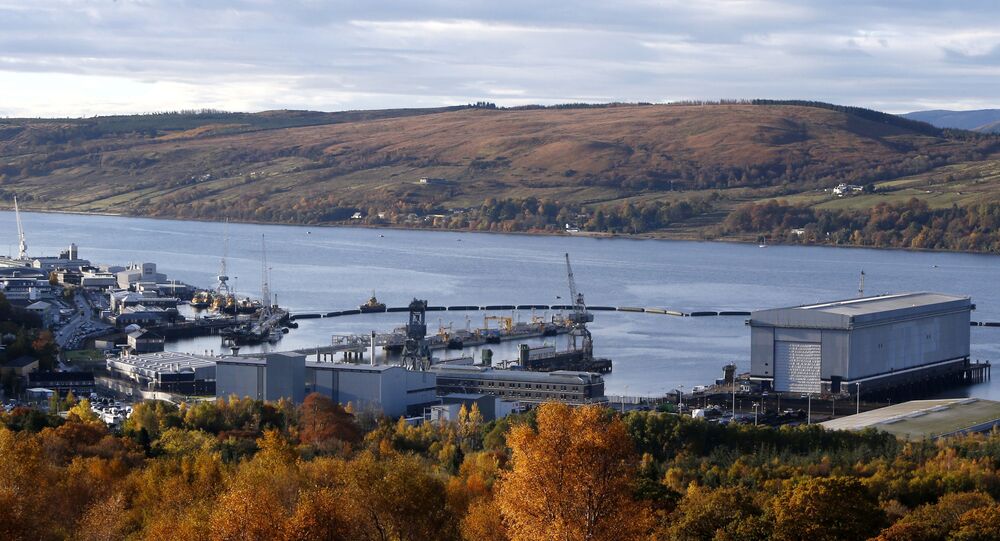 The United Kingdom is investing four million pounds ($5 million) in the construction of a submarine school, which is to be built at Her Majesty's Naval Base Clyde in Scotland, the Defense Ministry said in a press release Thursday.

MOSCOW (Sputnik) — The submarine school would be built at the Faslane naval base on the Clyde, which will be home to all 11 Royal Navy submarines from 2020 in a move which will see the number of people employed there rise from 6,800 to 8,200.

© Sputnik
If Admiral Kuznetsov is So Insignificant, Why Did the UK Go Ballistic About it?

"We are now making a long-term investment of hundreds of millions of pounds to improve and upgrade the waterfront at Clyde to make sure it is ready to support the United Kingdom’s whole submarine fleet," Defense Secretary Michael Fallon said, as quoted in the press release.

The new school will provide academic and technical training for all Royal Naval personnel entering the submarine service from 2022 and will provide training for the crews who will staff the new Dreadnought nuclear submarines, the press release said.

The relocation of submarine training from HMS Sultan and HMS Raleigh is in line with November's Better Defence Estate Strategy, which seeks to deliver an efficient defense estate.

A final design is expected to be approved soon, with construction due to start later this year.

The initiative forms part of the government's 1.3-billion-pound investment in making the Clyde the UK's submarine hub.