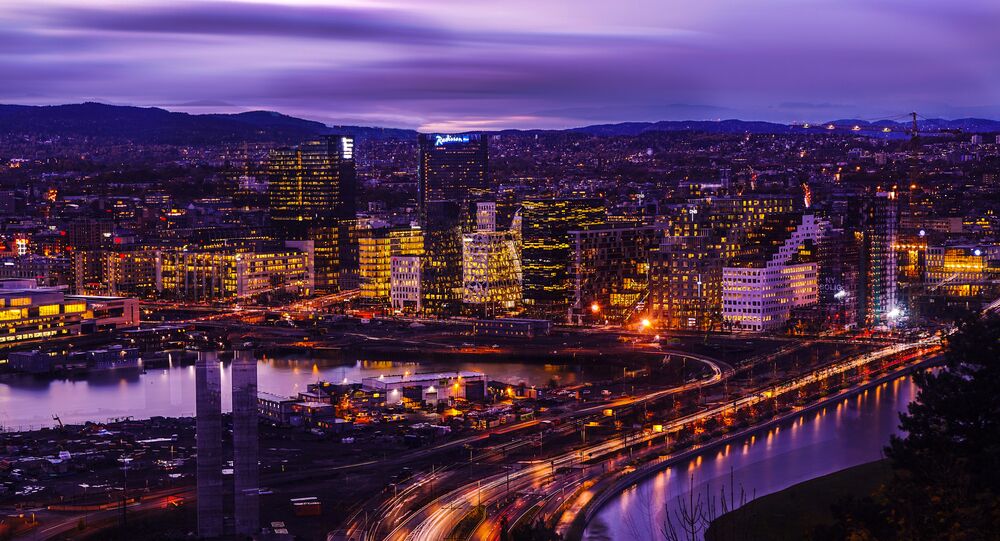 In a recent annual threat assessment, Islamist extremists have been found to be the greatest danger to Norwegian security. Instead, the Norwegian authorities chose to focus on the speculative "Russian threat," very much in unison with its Nordic peers.

© Flickr / Bruno Jargot
From Opponent to Supporter: Norway on Its Way to NATO Missile Defense
According to the Norwegian Police Security Service (PST), Russia has both the intention and the ability to do great damage to Norway and Norwegian interests, Norwegian national broadcaster NRK reported.

Although PST Chief Benedicte Bjørnland clearly brushed aside the possibility of a Russian invasion, she nevertheless ventured Russia was doing preparatory work that could inflict serious damage to Norwegian security.

Bjørnland identified the possibility of clandestine intelligence activities as the greatest source of concern. According to the recent threat assessment by PST, Russia and other foreign powers were allegedly working to obtain information about three main fields: defense and emergency sector, political decision-making and key infrastructure, especially in power and communications sector. According to Bjørnland, the illegal mapping performed by foreign powers has the potential to unsettle Norway's security.

© Sputnik / Valeriy Shustov
'Cossacks Are Coming!': Swedish Peace Activist Mocks Anti-Russian Hysteria
Previously, PST reported that refugees residing in Norway could be subjected to intimidation from Russian intelligence services. In its recent report, PST sustained its claims that Russia could use threats and pressure against individuals to obtain the information needed. According to Bjørnland, people with a family left in Russia were particularly vulnerable to the Russian influence.

According to Bjørnland, PST gets an increasing amount of messages from individuals and business who believe they have been subjected to illegal intelligence activities. The recent report identified China and Russia as trying to break into computer systems of large companies that are of key importance for Norway's economy. By Bjørnland's estimation, the intelligence pressure has been rising for years until finally reaching a particularly negative level with a potential to harm Norway.

Despite this verbose side note, Islamist extremism is still believed to be the biggest threat to Norway, with both Daesh [ISIL/ISIS] and al-Qaeda are still considering Norway as a legitimate target for terrorist attacks, although not a priority one.

© REUTERS / NTB Scanpix/Ned Alley
Cold War Apparitions Resurface as Norway Welcomes US Marines
Although the Islamist environment is expected to have been weakened, recent calls from Daesh and al-Qaeda to carry out attacks against the West may still win support among sympathizers in Norway. Bjørnland suggested that the recent spate of terrorist acts against the West may inspire people to perform similar actions in Norway. PST also noted the fact that perpetrators behind the past year's terrorist attacks were all radicalized in Europe.

Meanwhile, former chief of the Norwegian Intelligence Service Kjell Grandhagen (in office in 2010-2016) admitted in a recent interview with Norwegian daily Dagbladet that he was more concerned about USA than he previously was about Russia or the Middle East.

In January, Norway welcomed a rotational force of 300 US Marines to protect the Nordic nation from "Russian aggression," thus violating its long-standing policy of not allowing foreign forces on its territory.

So Much for Equality: Finnish Defense Discriminates Finnish-Russian Citizens

The Odd Story of Norwegian Intel, Russian Spies, Poroshenko and the Nobel Prize