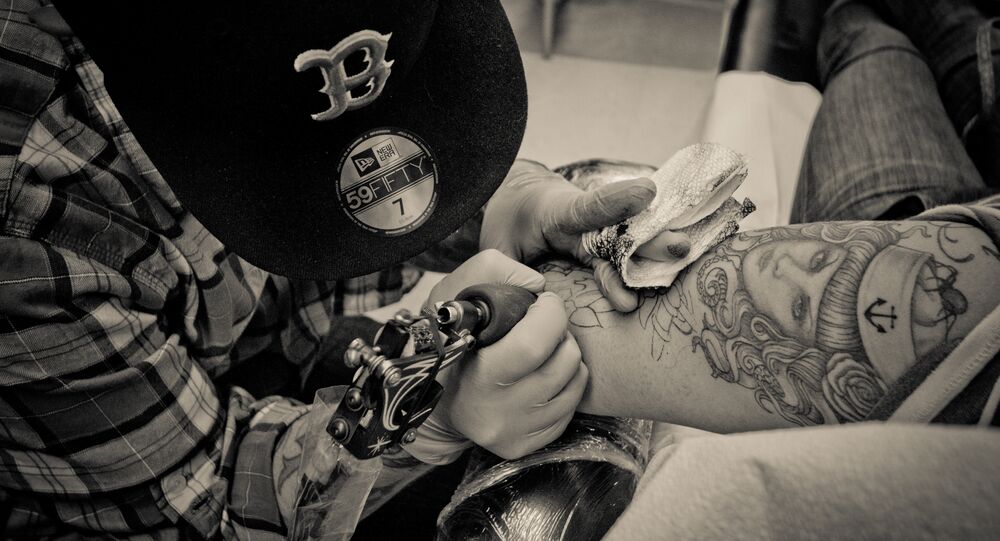 Effective February 1, US Air Force personnel can reveal tattoos by rolling up their sleeves, while still in uniform. This is the first major change to the service’s regulations on tattoos and modifications in almost twenty years, and was implemented to increase recruitment and expand career opportunities for tattooed airmen.

The new rule states that tattoos can cover 25 percent of the body, and body art no longer must be covered by regulation dress. Airmen are also now allowed one tattoo band around one finger of one hand.

Tattoos that implicate ethnic, racial, religious or sexual discrimination, gang affiliation or connection to supremacist or extremist groups are disallowed, along with tattoos on the head, tongue, lips, neck, face or scalp.

Jason Wilson, a tattoo artist who works at a shop near Scott Air Force Base in Illinois, remarked that "At least 30 percent of my business is military…A lot of Air Force because of how close we are, and two (of three) of us are both Army veterans. We’re seeing more of those people wanting to get more extensive tattoos now that regulations will be lifted and there will be less blow back from getting more."

In 2016, Air Force Secretary Deborah Lee James ordered a review of the service’s accessions policies, which resulted in the new tattoo rule.

James stated, "As part of our effort to attract and retain as many qualified Airmen as possible we periodically review our accessions policies," according to the Air Force website. "In this instance," she continued, "we identified specific changes we can make to allow more members of our nation to serve without compromising quality. As a next step in this evolution, we are opening the aperture on certain medical accession criteria and tattoos while taking into account our needs for worldwide deployability and our commitment to the profession of arms."

Air Force Chief Master Sgt. James A. Cody remarked, "We are always looking at our policies and, when appropriate, adjusting them to ensure a broad scope of individuals are eligible to serve. These changes allow the Air Force to aggressively recruit talented and capable Americans who until now might not have been able to serve our country in uniform."

Other changes include medical waivers for people with ADHD, eczema and asthma.