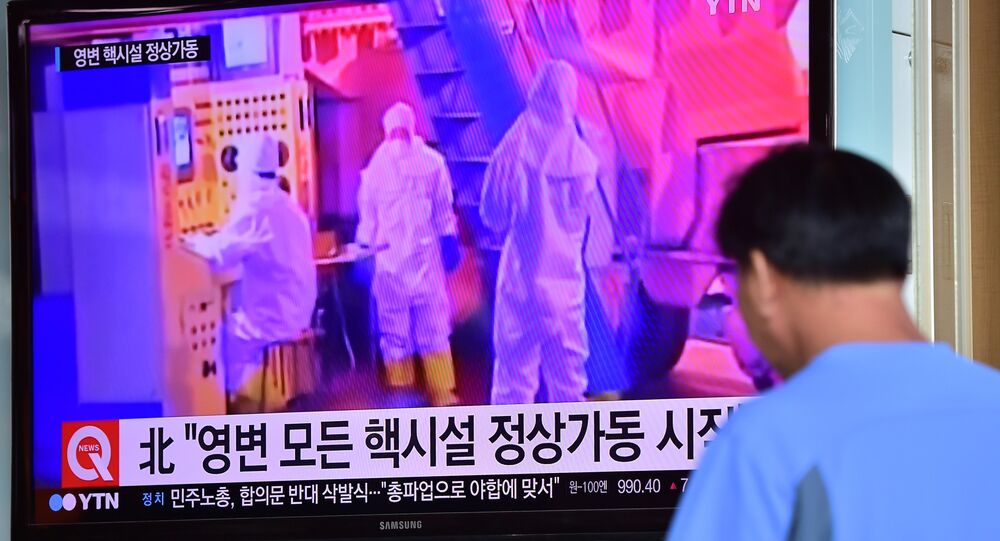 North Korea has restarted the plutonium-production reactor at its Yongbyon Nuclear Facility.

"Imagery from January 22 shows a water plume (most probably warm) originating from the cooling water outlet of the reactor, an indication that the reactor is very likely operating," the 38 North website reported Friday.

"Currently, most of the river is frozen over except where this water mixes with the river. Currents carry this mix downstream — visible as a plume of ice-free water. Without being able to measure the water temperature rise or water flow from the reactor, it is impossible to estimate at what power level the reactor is running, although it may be considerable," the North Korea watchdog said.

The graphite-moderated and gas-cooled 5 megawatt electrical reactor was launched in 1986 ostensibly to product electricity — but also produces weapons-grade plutonium. Its spent fuel rods can be reprocessed into enough plutonium to make one nuclear bomb per year, South Korea's Yonhap News reports.

North Korea conducted its first nuclear test in 2006 and its fourth and fifth last year.

S Koreans' Support for Preemptive Strike Against Pyongyang Rises 6.6% Since 2013